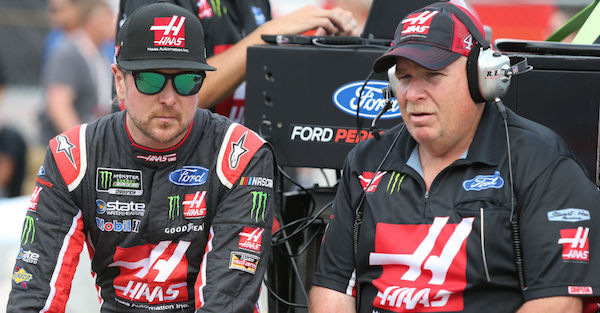 Busch told NBCSN’s Dave Burns that Gibson flew home Saturday night to be with his wife. Engineer Johnny Klausmeier will fill in for Gibson. He also filled in for Gibson and helped Busch pick up a win at Pocono in June of last year.

“(Gibson) texted me late last night that he had flown home, and I didn’t know that he flew back to be with (wife) Beth, so all our best and love to Beth Gibson, everything should turn out OK,” Busch said. “For Gibson, he left this team in a good spot. Johnny Klausmeier has done this before. He’s our go-to guy when we need somebody to lead the team when Gibson is gone.”

Busch qualified 18th at Watkins Glen, but hopefully everything is OK with Gibson’s wife and hopefully he will be able to return next week.