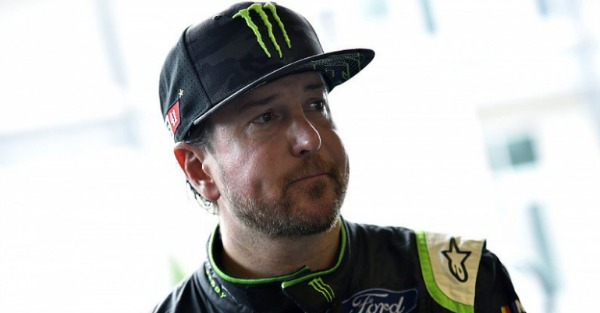 That pretty much sums it up for NASCAR champion Kurt Bush, who on Tuesday received news that Stewart Haas Racing would not renew his contract for 2018.

Bush told NASCAR.com that there’s nothing to worry about, and that he’s confident things will work out, one way or the other. He did note, however, that he’s in an “unique situation, and he went on to mention his value to SHR.

?I just feel like everything will fall into place so there?s really not much to worry about,? Busch said, adding, ?It?s a unique situation for our sport, though, to have a Daytona 500 champion ? who delivers eight figures in sponsorship money ? in a free agency situation.?

Busch won the 2017 Daytona 500 and has a guaranteed playoff berth.

The news that SHR wouldn’t renew his contract set the racing world was abuzz Tuesday.Busch is now a free agent, eligible to sign with another team.  There are reports the SHR and another of its drivers, Danica Patrick, are discussing whether to end her contract — which runs through 2018 — a year early.

Harvick attributes the contract to simple business, noting that sponsors have to be lined up and the drivers and their teams have to negotiate a new agreement. In his remarks on SIRUS XM radio, he said the business side is one drivers would rather avoid, but can’t. Here’s a transcript of his remarks, taken from the YouTube video below:

I think this might be of of those situations where you get to the end of a contract and you have to negotiate what’s going to happen going forward. And it doesn’t mean the relationship is over. It’s not necessarily because they’re out, it’s because you have to negotiate. It’s also a business. This isn’t about, ‘his guy’s in,’ ‘this guy’s out,’ this is about a business trying to … move forward and decide, ‘OK, we’re going to have this much sponsorship, or we’re going to have this much sponsorship.’ In order to do that, you have to negotiate things and you have to do this part of the sport, which none of like to do, but, there’s a negotiation period that happens between the driver and his representation and the team and what they think they can pay. There’s not anybody who knows what’s going on other than three or four people at Stewart Haas Racing  and Kurt and his team that have everything going on their side. But I can tell  you from a team standpoint, Kurt Busch can drive the heck out of a race car, he brings a lot to the table from a driver’s standpoint, as to what he feels in the car, and the things that he does in the car, and he’s a champion of the sport, he won the Daytona 500 this year, so, I have a hard time buying in that they’re just going to boot him out the door because I think there’s a lot going on in a lot of different places.

For it’s part, Stewart Haas has already said it expects Busch back.