After dropping Kurt Busch, SHR reportedly could part ways with one of NASCAR’s biggest names 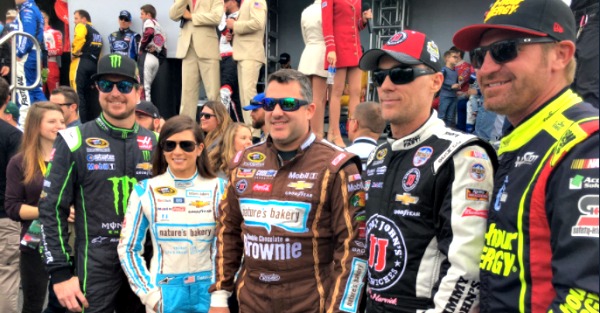 Kurt Busch might not be the only Stewart Haas Racing team member looking for a ride.

Speculation continues to grow that SHR and Danica Patrick could part ways after this season.

In a piece examining Busch’s contract status, the Detroit News noted: “Speculation has focused on the team not bringing back Danica Patrick, who has struggled throughout her NASCAR career.”

True, Patrick is signed through 2018. But there are clauses in her contract, as per ESPN, that would allows both sides to end the relationship early — and there are ongoing discussions that result in just that.

RELATED: Danica Patrick has accomplished a feat for only the third time in her career

SHR is struggling with sponsorship, which it will need to keep its team going. The Sports Daily reported:

Patrick’s nearly decade-long relationship with GoDaddy that spanned back to her time in IndyCar ended after ’15, and SHR has run into challenges securing primary sponsorship. Nature’s Bakery earlier this year backed away from its three-year, $45M deal after one season.

That sponsorship trouble, in part, has led to Busch being dropped. Monster, the energy drink company, has been the primary sponsor of Busch’s car the last two seasons and, according to NBC Sports, is weighing its future with NASCAR.

Patrick has been on a bit of a hot streak lately — she’s just finished a trinity of top-20 finishes, which is only the third time that’s happened in Patrick’s career, and she’s achieved a career record with four consecutive top-15 finishes.