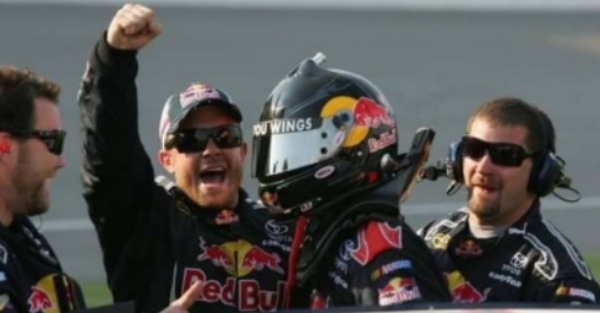 Adam Wright, a mechanic for JR Motorsports’ Xfinity Series team, died Sunday night in Statesville, NC according to NBCSports. The 33 year old was involved in a single car crash where his car left the road and became airborne according to NC State Patrol trooper J.S. Swagger. Wright was not wearing his seat belt and was partially ejected from the vehicle. He was pronounced dead at the scene of the accident. The crash is still being investigated and there is no indication of what could have caused it.

Our thoughts and prayers are with the family of Adam Wright, a friend and JRM team member who was lost tragically over the weekend. pic.twitter.com/0L8sXWDaPH

The rest of the NASCAR community reacted throughout the day.

Tough day here at @JRMotorsports Flags at half mast in memory of Adam Wright. You will be missed Adam. Rest in Peace. 😢 pic.twitter.com/dqqGHthVnU

Adam Wright's dad, Pete, worked for me for years, he loved his son and wanted the best for him, my prayers are for Pete, love you, God Bless

Thinking a lot about our dear friend Adam Wright this week! So sad he has left us. 😥 Great man! pic.twitter.com/VDXYbKrVEm

This is the second terrible incident in a week that has rocked the NASCAR community after former driver Shane Seig passed away just short of his 35th birthday.

Can't stop thinking about the family's of Adam Wright and Shane Seig. My thoughts and prayers are with them both.

Related: NASCAR pays tribute to a driver who died way too young at the age of 34