NASCAR champ, unhappy with his performance, is getting an early start on 2018 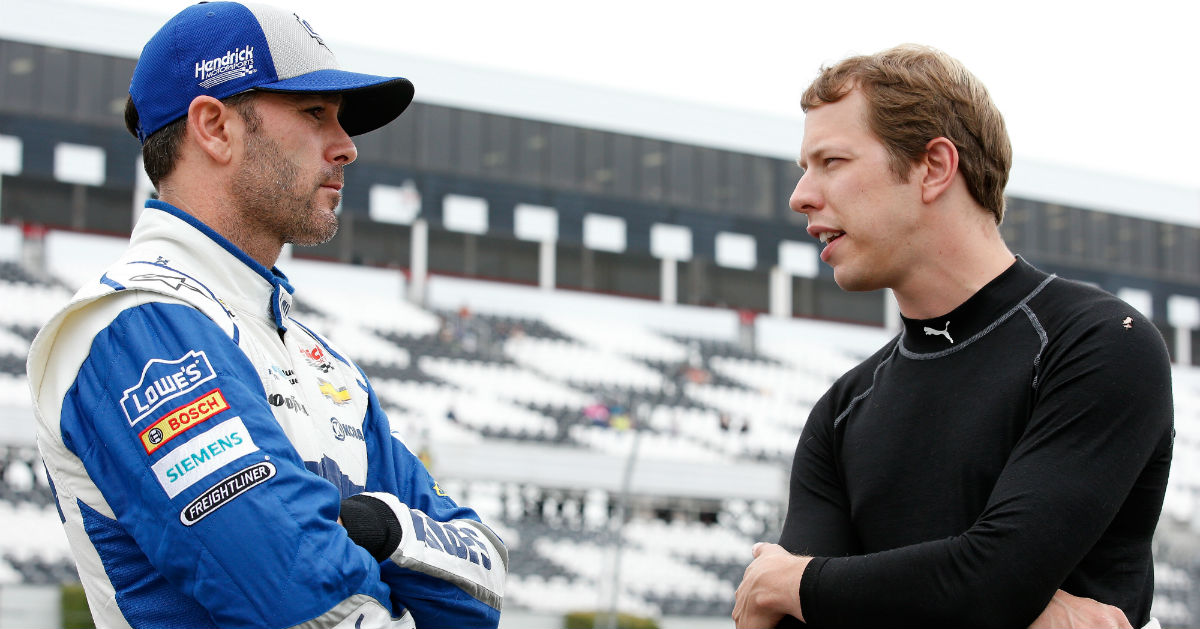 In an effort to put 2017 in the rear-view, Jimmie Johnson is focusing his attention on the upcoming season.

Last season Johnson finished 10th in the points standings. It’s almost as if Johnson ran two different seasons in 2017, the first half saw him take the checkered flag in three races, with six top-10 finishes. But, in the second half of the season he was unable find his way into victory lane and only finished in the top-10 five times, with his highest being a third-place finish at Dover.

After winning his seventh championship in 2016, Johnson took the off-season to relax and be with his family at their new home in Colorado. Spending time with his daughter as he skied and got them up on snowboards, according to NASCAR.com.

“Last year we knew was pretty unique in being able to spend five full months out there in a row,” Johnson said. “This year we won?t do that, we?ll just go out for holiday seasons and maybe West Coast swings, things like that.”

“I?m sad I won?t be there as much but it was a lot easier last year after a championship,” added Johnson. “With the poor finish we just had, we need to buckle down and get to work.”

RELATED: Jimmie Johnson is in the midst of an uncharacteristically bad stretch

It just wasn’t his year. For the first time in his career, he was unable to win a race after summer began. He also had a career low in laps led with 217.

“I feel like the way the last quarter of the season went for us was below our expectations and certainly our fans and probably even the people reporting on the sport,”Johnson said. “It is unfair to always expect us to win a championship but I think being competitive and leading laps and challenging for wins, that?s a fair expectation and we just didn?t do that at the end of the year.”

“That wasn?t easy to deal with, I had a good couple weeks, kinda relaxing after Homestead but then next week will be a work week, time to get back in the shop,” added Johnson. “I?m ready to get back to work.”

RELATED: Championship contender said the last half of the season has been ?really weird?

A season with three wins is hardly a down year, but it’s not quite where the No. 48 and his team would like to be. So, as they prepare to kick things off with the new Chevy Camaro, Johnson is optimistic he can get things back on track.

“I?m optimistic about 2018 and the new Camaro,” Johnson said in excitement. “From an aerodynamic standpoint, the Chevrolet’s have not had an update since we went to this generation of car.”

“For us to finally have an update the car will produce more down-force, be more efficient, definitely more competitive on the down-force tracks,” added Johnson.

With 2017 now a thing of the past and the new Camaro for 2018, let’s hope Johnson can get a few steps closer to that unprecedented eighth championship.