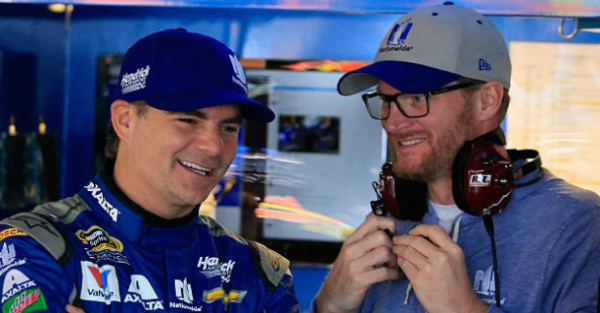 Racing will get underway at Daytona this weekend, and we’re not talking about the Daytona 500.

The IMSA Rolex 24, also known as The 24 Hours of Daytona, will kick off this Saturday as the green flag drops at 2:40 p.m. Coverage of the endurance race will be available both online and on TV via FOX, FS1, FS2, and FSGO. The race will be broadcast in its entirety.

The broadcast team for the race has been announced by FOX and will include Brian Till who will serve as lead play-by-play broadcaster with Greg Creamer managing all the production work, former racers Calvin Fish and Tommy Kendall will join the booth as analysts, and Jamie Howe, Jamie Little, Justin Bell and Matt Yocum will report from pit road, according to autoweek.com.

In addition, NASCAR legend and 2017 Rolex 24 winner Jeff Gordon will be part of the pre-race program and will interview Formula 1 driver Fernando Alonso as he prepares to race in the Rolex 24 for the first time.

RELATED: Record-setting, former NASCAR driver to retire after one final race at Daytona

Various drivers will be honored at the event including racing legend Dan Gurney who passed away earlier this month. Gurney won the first sports race at Daytona in 1962 and still holds a Daytona road course lap record to this day.

Former NASCAR driver Scott Pruett will also be recognized for his long distinguished 50-year career in racing. Pruett announced this year’s Rolex 24 would be his final competitive race.

The television and streaming schedule for the Rolex 24 can be found below courtesy of Auto Week: