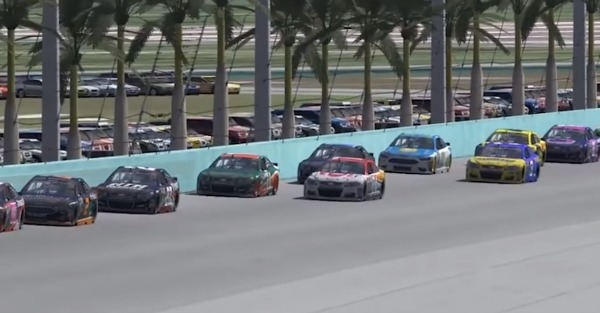 Tuesday night is NASCAR night on the popular racing sim, iRacing. NASCAR drivers like Christopher Bell, Harrison Burton, Ryan Truex and Parker Kligerman will be dueling on a virtual Iowa Speedway under the lights. The event precedes the beginning of the playoff races for the NASCAR-sanctioned e-sports series: “NASCAR PEAK Antifreeze Series powered by iRacing.”

?We couldn?t be more excited. NASCAR is a tremendous partner and the various NASCAR official series on iRacing are extremely popular.  Adding this series to our e-Sports line-up with real world professionals is thrilling and highlights the continued growth of sim racing.?

You can watch the virtual race on the livestream here:

Before you scoff at how seriously this simulated series takes itself, remember that real life NASCAR drivers use the sim to practice and at least one driver got his start by honing his craft in front of a computer screen.