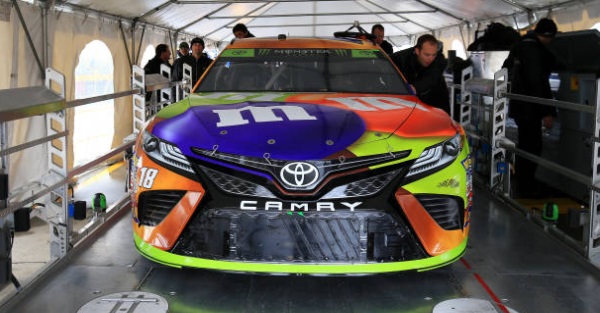 Heading into the 2018 NASCAR season there will be a new inspection process in place to ensure a level playing field among all teams.

The process was tried out at four tracks last year and will be the standard across the board for the upcoming season, according to NASCAR.com.

NASCAR’s Managing Director of Competition and Innovation John Probst explains how the new process will use eight projectors and 17 cameras to scan the cars and deliver far more precise and accurate readings.

The current laser inspection and claw template station that previously measured vehicle bodies will be replaced by the new system. The new process will create a three-dimensional heat map of a particular car and compare it to a computer-aided drawing of each manufacturers car using over 700,000 points of data on the vehicles.

“It?s part of our DNA to try to innovate,” Pobst said.

“I think that the initial reaction may be that NASCAR?s changed something and oh, they?re clamping down on it harder, more difficult, and in a sense the biggest difference is we used to officiate in slices and templates,” Probst said. “Now with this technology, we are inspecting the entire surface of the vehicle.”

Cars will not be allowed on the track until they have met the tolerance level set forth by NASCAR. The new testing will allow them to inspect the vehicles in far more detail and allow for what NASCAR is ultimately after — a level playing field.