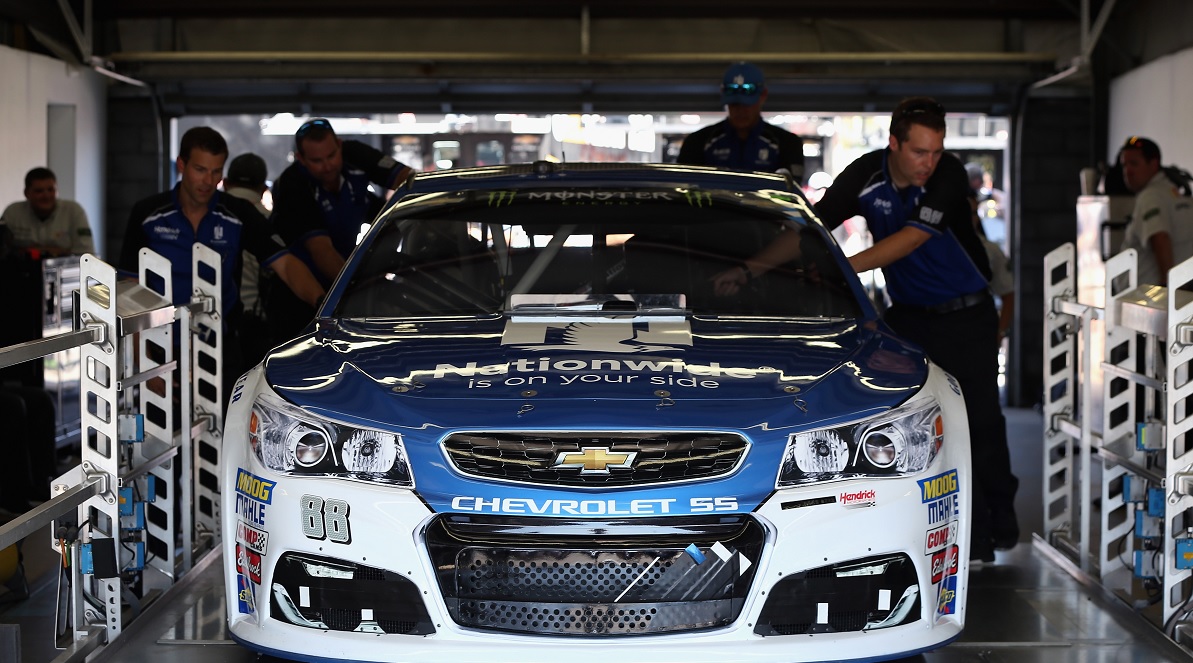 There are two seasons to NASCAR. No, not the regular season and then the playoffs. I mean the time when they’re racing and the time when NASCAR contemplates all the new rules they’ll put in place for next season. We’re in the latter now.

One of the biggest, if not THE biggest, topic that should be discussed is penalties and is it time for NASCAR to strip wins from teams found breaking the rules. What they have in place now hasn’t done much to deter violations. In fact, NASCAR CEO Brian France suggested that breaking the rules was a good thing and just part of the sport.

“If we weren’t having some of that, then they’re not competing hard, they’re not trying to out-think, out-engineer, out-do some other teams,” France told NASCAR’s ‘Tradin’ Paint’ radio show back in October. “I don’t get so worked up over that. Frankly, I’d rather not talk about it. I’d rather we do what we do, which is we issue the penalty and we phrase it in a way…whatever the penalty is and our results on that and just not make it a big deal.”

The argument could be made that stripping wins is more or less a hollow step. Winning teams that fail post-race inspections now are tagged with the label “encumbered win.”  Denny Hamlin was hit with that tag at Darlington when his car failed inspection for an illegal rear suspension. He got to keep the win on the record books but was stripped of 25 championship points, 5 bonus points, and his crew chief was fined $50,000 and suspended for two races. Essentially, they did everything except take the win away.

Hamlin said afterward that he’d be fine with going all the way with penalties, but with clear parameters.

“I’m fine with taking wins away. Nothing wrong with that,” Hamlin told mrn.com. “It’s a tough line and I don’t know what the line is, where you take wins away. But there should be parts of the car they distinguish – motor, tires, maybe rear suspension, stuff like that, major items (where) maybe wins get taken away, or aero advantages that probably should be taken away, as well.”

Formula 1 has made the move that NASCAR is so far unwilling to make. They just stripped F2 driver Oliver Rowland of his win in Abu Dhabi after he failed a post-race inspection. The third-place driver was disqualified for having too low of tire pressure. Both drivers lost driver and team points and will have to start at the rear of the field on the next race.

NASCAR analyst Kyle Petty commented the last time NASCAR changed the playoff rules for failing post-race inspections that the organization can’t let itself get into gray areas where it’s perceived they are favoring one driver over another.

“If I’ve got to go through that room and I’m in the chase, I want all 16 chase cars or all 12 or all 8 or all 4 to go through (inspection) to make sure that the playing field is level for the chase competitors,” Petty said on NASCAR America.

Rarely will NASCAR officials take the top three finishers in any given race to its R&D center in Concord, NC for inspection. That’s a costly and time-consuming process. This is where credibility comes into play, though. If NASCAR is going to strip a win, they better make sure whoever is given the trophy has come under the same scrutiny.

At the end of a day, it really is about wins. You can put encumbered in a column next to the result all you want, it still counts as a win. It’s nothing more than a footnote in the history books. And wins are what attract fans and sponsors. Everyone wants to be associated with a winner. Get caught cheating and suffer the public humiliation of being stripped of a win, that’s the worst penalty of all and rarely does anyone forget about that. The thought of that would certainly make teams think twice before they, as Brian France describes it, “out-do other teams.”

What do you think?