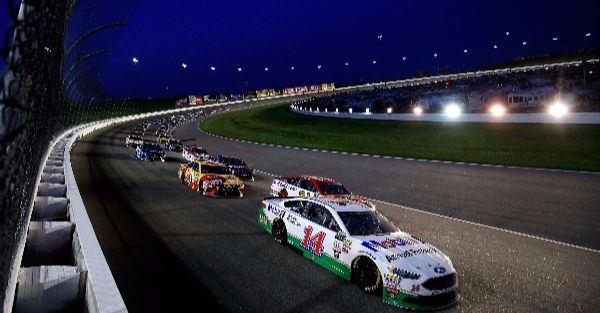 Formula one has been trying to increase its presence in the United States in a number of ways. Better marketing, more races on American soil and better TV deals for more exposure are all in the sports future, but this weekend is a big step towards stealing some thunder away from America’s current favorite racing series: NASCAR.

This Sunday, Formula 1 is going head to head with NASCAR. Both series’ races start at the exact same time and both races carry significance. The Formula 1 race at Circuit of the Americas in Austin, Texas, is the series’ only stop in the US and will be the only chance most fans will get to see some of the world’s biggest superstar drivers in person. The NASCAR race at Kansas Speedway is an elimination race where two more drivers will be booted from the playoffs, with some big names on the bubble.

Related: Formula 1 makes another huge announcement sure to get NASCAR’s attention

The biggest advantage Formula 1 has going into the weekend is the channel it will be broadcast on. NASCAR playoffs get relegated again to NBC Sports Network while the F1 race will be on NBC, the channel that the previous two NASCAR races could be seen.

There will surely be some NASCAR fans who go to turn on the race on Sunday only to find that their TV is showing unfamiliar open-wheeled turbo-six’s without a single American driver in a series being dominated by Mercedes and Ferraris.

They may not even have a choice. NBCSN is not a part of many basic TV services, so there will be a number of fans that have to decide to skip racing for a week or give F1 a shot.

This is exactly what F1 wants, and they better put on a good race, or they will squander their best chance to score a few converts.