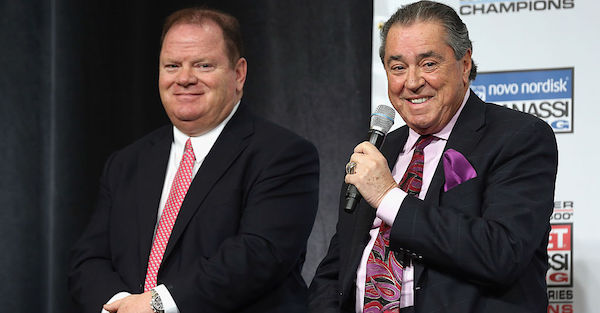 Chip Ganassi Racing co-owner Felix Sabates was in a coma for almost a month last year, and his friends and coworkers were preparing for his funeral.

But Sabates survived, and the 71-year-old made a full recovery and is back at the track for races. He sat down with Kyle Petty for an interview for Countdown to Green on NBCSN, and he discussed his health and his recovery after being in a coma.

“I?m lucky to be here,” Sabates said. “I used to worry about little things. Now I don?t even worry about big things.”

Sabates told Petty he began feeling ill in January 2016. He said he couldn’t breathe, and he was placed in the intensive care unit a day later.

He was in the hospital for over two weeks before doctors released him. He continued working through August but began feeling ill again. He said his blood pressure was “through the roof” and oxygen level was at 55.

Doctors thought he was braindead, and they took his tubes out, but then he started to wake up from his coma.

Sabates has recovered and is back at races now, and he stressed how lucky he feels to be alive. His story is fascinating, and the entire interview will air on Sunday at 2:30 p.m. ET.