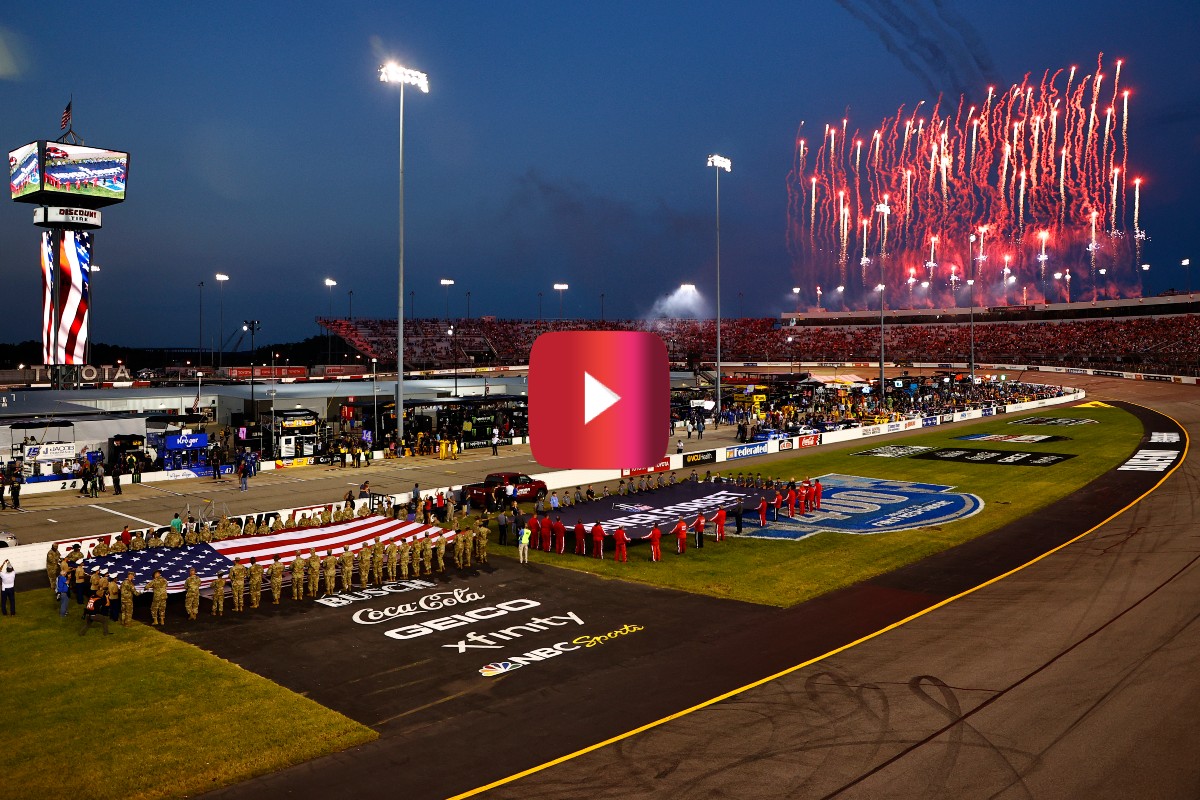 This past NASCAR weekend in Richmond, Virginia was about much more than just racing, as Saturday’s Cup Series and Xfinity Series races at Richmond Raceway also fell on the 20th anniversary of the devastating and tragic terrorist attacks that occurred on September 11, 2001.

Ahead of the second Cup Series playoff race on Saturday night, fans were given small American flags as they entered the track. They were encouraged to stand and wave them as a fire truck and two police SUVs led the pace vehicles for the pre-race parade laps.

What made the moment even more special was when the fans broke into a rousing “U-S-A” chant during the patriotic parade.

Martin Truex Jr. — whose No. 19 Toyota Camry for Joe Gibbs Racing sported a red, white, and blue paint scheme in honor of the 9/11 victims — won the Cup Series playoff race. But, the importance of that day as being bigger than NASCAR itself was not lost on the 41-year-old New Jersey native.

“It’s an important day in our history and I think all of us here – yeah, we’re proud to win and this car’s amazing and there’s so many people to thank, but what a day to win on,” Truex said in victory lane. “It reminds you of the honor it is and the privilege it is to get to come out here and do this.”

Noah Gragson, who drives the No. 9 Chevrolet Camaro for JR Motorsports, won the Xfinity Series race at Richmond earlier that afternoon and was also humbled by the day’s historic significance. For his post-race celebration, he wrapped himself in an American flag and climbed the front grandstand fence to greet the cheering crowd.

“Today’s not about this team or this win, it’s about everyone who lost their lives 20 years ago,” Gragson said in a post-race interview. “We have a lot of heavy hearts and at least in America we can come together on this day and appreciate all you race fans for coming out.”

“It’s an emotional day. It’s a special day. But it’s not about us today.”