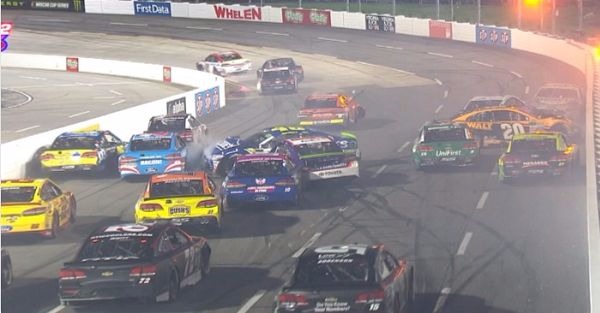 It’s no secret that NASCAR is looking for new ways to bring attention to the sport, so it’s not much of a surprise to hear a high-ranking official say its enhanced weekend package will be coming to more tracks.

NASCAR brought its enhanced weekend package to three tracks this year, starting at Watkins Glenn and then again at Pocano before taking it to Martinsville. These enhanced weekends have changed the format from a typical NASCAR race where the drivers qualify on Friday, practice on Saturday, and race on Sunday.

Instead, large fan events or even on-track hauler parades have been held on Fridays during enhanced weekends. Fans then get to watch either an XFINITY or Truck Series race on Saturday. To wrap things up, Cup Series qualifying is held only hours before the Cup race on Sunday, giving fans an action-packed weekend, according to Motorsport.com.

The move has already been met with some high-profile questioning. The President of Texas Motor Speedway said a lack of action “just seems wrong.”

This just seems wrong. Friday & no Cup practice or qualifying. If I like something I want more, not less. #AmIRight? https://t.co/A3APNc20lL

Some NASCAR enthusiasts were worried the recent actions of a Chase Elliott fan–who confronted Denny Hamlin–could put an end to this level of fan access, but NASCAR Executive VP and Chief Racing Development Officer Steve O’Donnell recently told Sirius XM that enhanced weekends will be added to more tracks in the future, according to NASCAR.com.

“It’s making it better,” said O’Donnell. “You can keep doing the thing, over and over again, whether they call that insanity and for us it’s fans have asked for more driver access and being around drivers, so that’s what we’re putting together.

“We’re going to have some really cool events taking place on Friday and we also have either the Camping World Trucks or XFINITY Series on track. This is something we’re going to continue push forward with. We’ve seen some great results from the fan reaction and certainly the teams really like it as well. The drivers think it’s really cool to be able to do some of these things.”