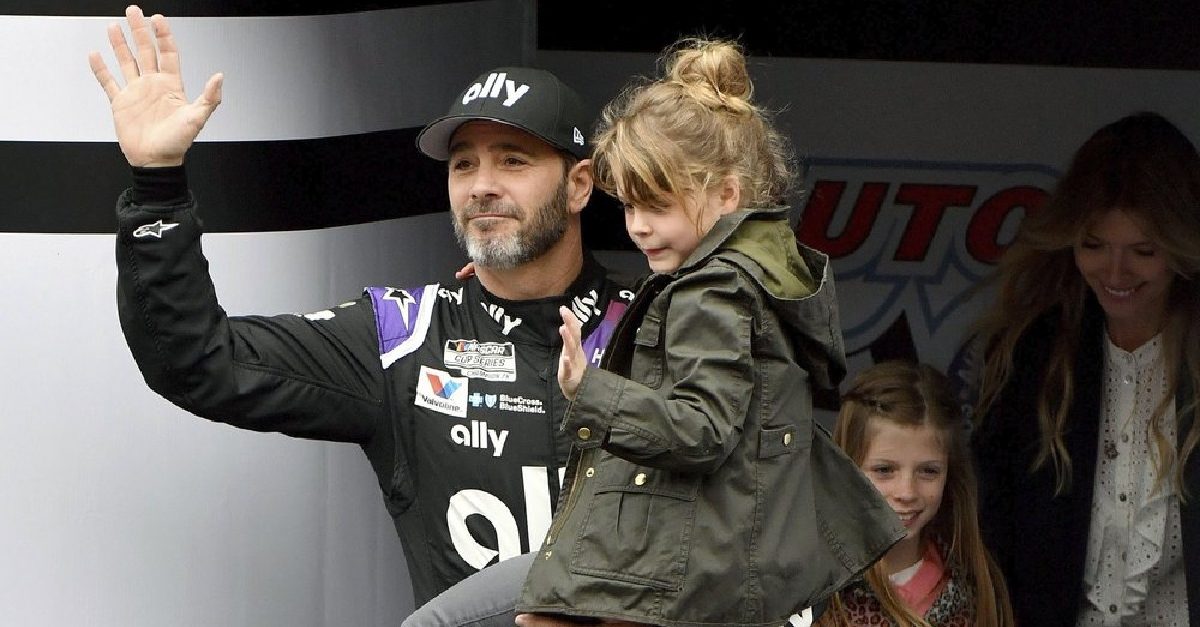 On May 25, video footage emerged of now-former Minneapolis police Officer Derek Chauvin kneeling on the neck of George Floyd for nine minutes and killing the 46-year-old Houston, Texas native. George Floyd’s death and Chauvin’s subsequent arrest for third-degree murder and second-degree manslaughter spawned protests throughout the country. The coverage of these protests and round-the-clock commentary have even seemingly eclipsed news surrounding the coronavirus pandemic.

Not surprisingly, the NASCAR community has joined the throngs of Americans in voicing their opinions on the ongoing problem of police brutality in the U.S. On Sunday night, following the NASCAR Cup Series race at Bristol Motor Speedway, seven-time Cup Series champion and Charlotte, North Carolina resident Jimmie Johnson stood by such athletes as LeBron James and Serena Williams in support of the protests.

?I?ve watched it all. The circumstances are just crazy and unacceptable. I am for protesting, peaceful protesting,” Johnson said. “I hope there?s more of that tonight. I know there are concerns, especially in the Charlotte area, near my home, that they will be protesting tonight.

?The message needs to be clear, but I think being peaceful is really the right way to send the message here. I hope everybody stays safe.?

Johnson also used his platform back in 2016, when there were protests in Charlotte after a police officer fatally shot Keith Lamont Scott. ?I?m a firm believer of gender equality, race equality, and I live my life that way and teach that to my children,” Johnson said at the time.

?It?s very sad,” Bowyer said in an interview after Sunday’s race. “Heart goes out to everybody involved. Just praying for everybody. It?s very sad to see every angle, every aspect, everything you?re seeing. Very, very sad.?

Wallace — one of the most successful African-American drivers in NASCAR history — and others also took to social media to speak up.

To the ones that believe we’re trying to throw black vs white at them.. open your eyes..😤

I want to let everyone know out there, I hurt with you and I stand with you. #BlackLivesMatter #ICantBreathe #GeorgeFloyd #JusticeForFloyd #SystematicOppression pic.twitter.com/45HSXYvwlP

As human beings we all have to stand together on what’s right and wrong. What happened to Mr. Floyd and all others who have been oppressed has sickened me. I support the change that needs to happen in this country and around the world. #JusticeForGeorgeFloyd pic.twitter.com/NZL42HJjum