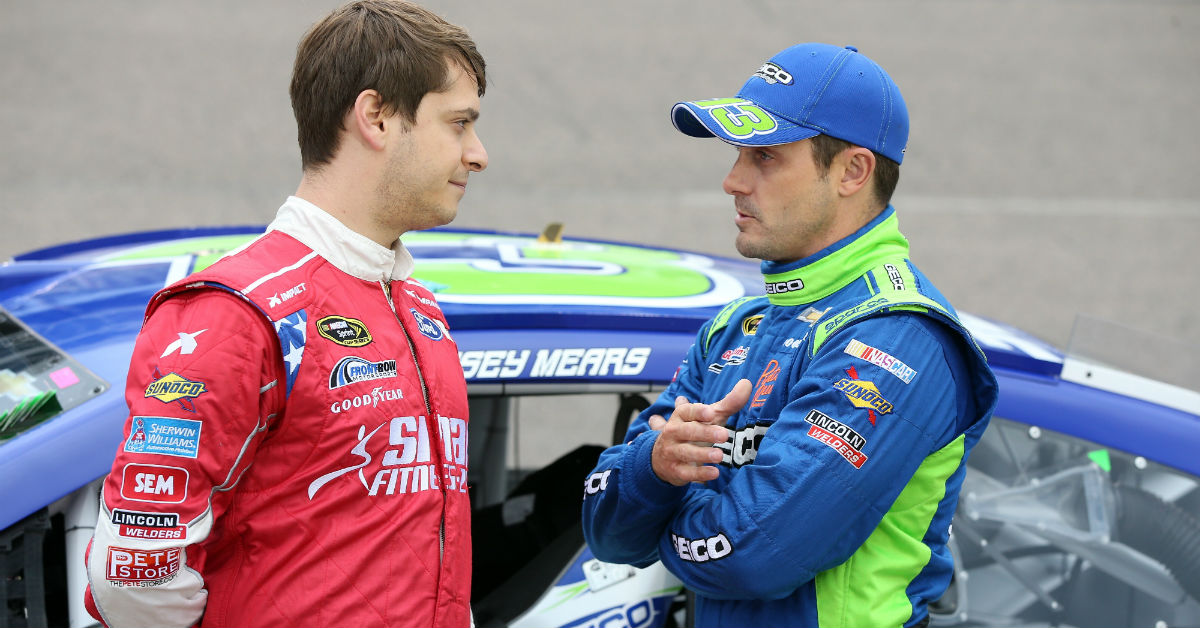 Running one series, whether it be full or part-time, is enough for some, but others seek out multiple opportunities.

Casey Mears has announced that he’s looking to race in the Red Bull Global Rallycross for the 2018 season but also would like to continue to race part-time in the Xfinity Series. If that’s not enough, he hopes to add Stadium Super Trucks to the trifecta.

Mears is in talks with various teams in the different series and hopes he can work out deals to do all three, according to thecheckeredflag.co.uk

Casey Mears finally gets his chance to run in a race he?s waited years to do

“Right now I?m talking to a few NASCAR programs to do maybe limited stuff,” Mears said. “I don?t have anything that would be a full-time ride in a NASCAR series.

“I?ve been speaking with Robby Gordon in the Stadium Super Truck program,” added Mears. “I?d definitely like to be involved with the GRC, it looks like a lot of fun.”

In 2017 Mears drove the No. 98 Ford Mustang for Biagi-Denbeste Racing part-time and managed two top-10 finishes. He used some of his downtime in 2017 to get back to his roots in kart racing.

“When I knew I was going to be out of the car for more than three or four weeks,” Mears said. “I got out to the go-kart track and pounded around in that which was fun and definitely keeps you up to speed.”

Mears shared that running part-time hasn’t had an impact on his ability as a driver.

“I think after doing it for 15 years it doesn?t go away that quickly so it?s been am interesting year as far as running part-time, having more weekends off, not being in the Cup series is definitely different,” Mears said. “But I think the driving is a lot like a bicycle, it really doesn?t go away.”

It will be interesting to see if he’s able to pull all three off, and if so, to see how well he does.