He was one of just 14 drivers to finish Talladega, and still isn’t happy 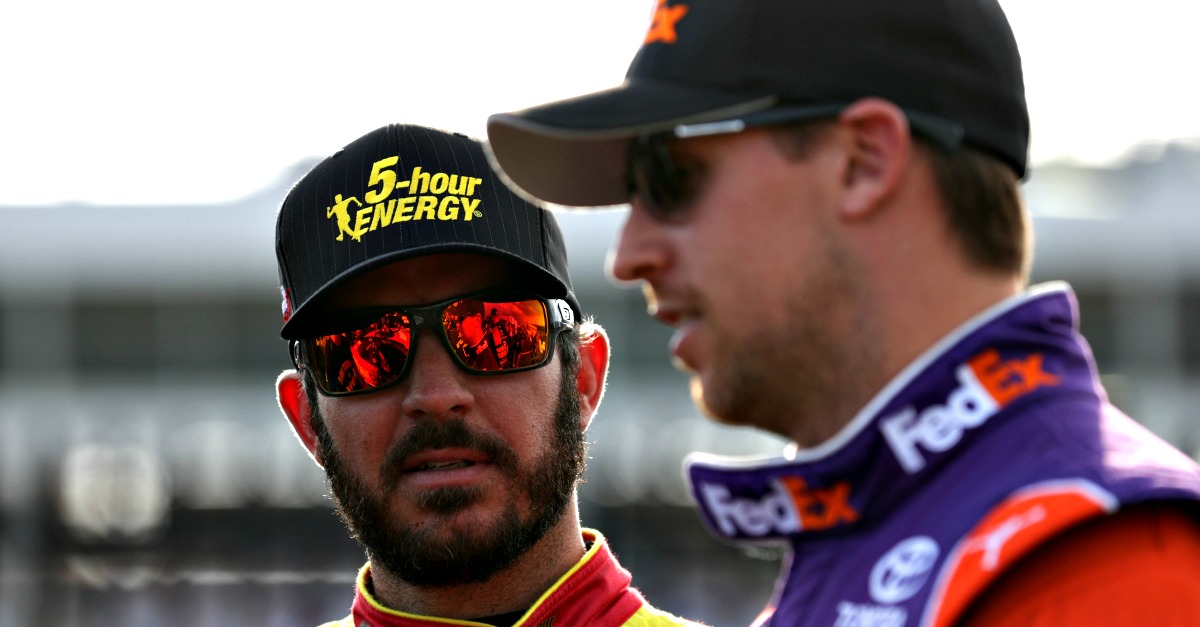 during qualifying for the Monster Energy NASCAR All-Star Race at Charlotte Motor Speedway on May 19, 2017 in Charlotte, North Carolina.

Denny Hamlin is second-guessing himself about how the Alabama 500 turned out.

?Still a good day overall, but wish we had a little more,” Hamlin told Racer.com.

The “more” Hamlin wanted was the checkered flag, and he feels Sunday was about the best opportunity to grab it.

“There were so few race cars out there, my chances were pretty good to win this thing, especially given the circumstances we were the only ones with no damage. Just did everything I wanted to do for one lap, it’s just the last two I didn’t,” said Hamlin.

In a starting field of 40, Hamlin was one of only 14 cars to finish the race. Three major wrecks doomed most contenders. Hamlin found himself with a clean car and what he thought was a good strategy to move up on the remaining pack.

“I maybe should’ve pushed the 31 [Ryan Newman] a little bit longer,” Hamlin said. “I tried to pass him in a different spot, just a flick shy of clearing him there and I knew if I could clear him then the runs were going to be very small because there were very few cars out there.?

He never did. And that bothers him. Newman eventually finished 2nd, Hamlin 6th. Still, he was one of only two NASCAR Monster Energy Cup Series playoff drivers to finish in the top 10. That moves Hamlin into 5th in the standings, 32 points behind the leader Martin Truex, Jr. heading to Kansas.

“It certainly could’ve been worse,” Hamlin said of his day. “There were guys around us that got caught up in wrecks and so that part of it was good for us, but you just want to have a shot to win ? and we had a shot to win and just didn’t quite have everything right.?