Dale Jr. asks fans about pedicures and they respond in hilarious fashion 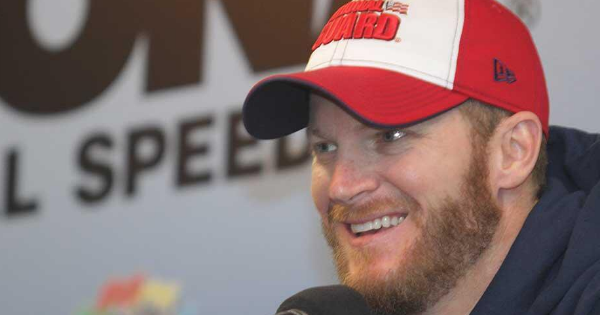 I guess nothing is off limits or too embarrassing when it comes to Dale Earnhardt, Jr. At least where Twitter is concerned.

The first tweet was pretty innocent, telling folks he was having brunch with his wife, Amy, and asking a seemingly innocuous question.

My wife is taking me to a brunch. What happens there?

That one question got over 900 comments! Then comes the next tweet where he now mentions getting a pedicure. Fans just lit up on that one.

Brunch update. Liking the beer at 11am. Overhearing conversation about something called a pedicure on my feet afterwards. What happens there?

You know that a guy like Jr getting his feet worked on was going to generate some pretty hilarious responses. They didn’t disappoint.

One fan even suggested that Jr had sold out by getting his feet worked on.

You turn in your man card there. 😬

One fan thought it would be a good idea to keep the NASCAR sponsor connections going.

Ask for @Axalta coating on the nails. Gotta look sharp.

Guys were overwhelmingly against Jr. going through with it, suggesting he do whatever he could to exit the situation.

In the end, seems like Dale, Jr. didn’t really mind it at all.