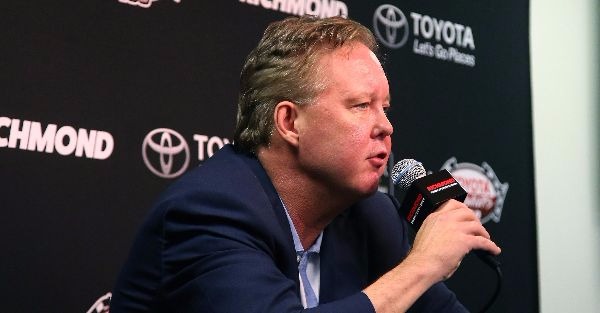 NASCAR announced some key executive changes Tuesday, and depending on your current view of the sport, you?re either pleased with one part of the announcement or shaking your head. Pleased to see Ben Kennedy get moved up in the hierarchy or upset another of the France family is gaining power.

“Ben will draw upon his years of experience across NASCAR’s grassroots and national series to bring valuable commercial and competition insights to our NASCAR Camping World Truck Series,? said NASCAR President Brent Dewar and reported by espn.com.

It?s a pretty big jump for the 26-year-old Kennedy who has not previously held a management role within NASCAR. His exposure to the sport has been primarily from the racing side where he?s been a driver in the Xfinity and Truck series as well as owner of a K&N Pro Series team. He?s got a degree in sports management, but it?s unclear how much grasp he has of the business and marketing side of NASCAR that will be needed to navigate the challenging Truck series landscape.

?Ben truly understands from experience that every lap matters and we are excited about his future leadership in this important national series,” said Dewar.

That part is a departure for the France family. Kennedy has got the racing pedigree that his uncle lacks. He can connect with teams and drivers, fully understanding their challenges. He?s been in the races and had to dig for sponsorships, which immediately gives him credibility among those in the pits.

Two big knocks Kennedy has to counter ? his age and his family. Some will see this as nothing more than handing a power position to a member of the France family regardless of his credentials. And since many are unhappy with the France family leadership of NASCAR, Kennedy?s appointment will be seen as the family consolidating their control of the sport for several more years.