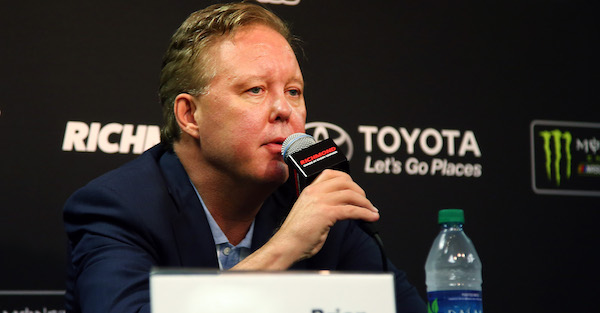 The France family has been instrumental in the foundation and the continued survival of NASCAR, and it was 70 years ago when Bill France Sr. organized a meeting to organize the sport.

France was responsible for building Daytona International Speedway and Talladega Superspeedway, which are still the two most iconic tracks in the sport. He forever changed stock car racing, and his contributions to the sport earned a spot in the first class of the International Motorsports Hall of Fame.

France’s son, Bill Jr., took over as CEO in 1972, and he continued to build on the legacy of his father. Bill Jr.’s son, Brian France, has been the CEO since 2003, but his legacy likely won’t be regarded the same as his grandfather’s.

Brian France has been heavily criticized by fans for his lack of forward thinking, and fans are quick to blame him for NASCAR’s recent struggles with TV ratings and sponsorship.

Attendance and TV ratings have both dropped during his reign over the sport, and they will likely continue to do so after the departure of Dale Earnhardt Jr. To make matters worse, France has denied that the sport is in a bad place and doesn’t seem concerned about the trajectory of the sport.