A driver bashes the last generation of race cars 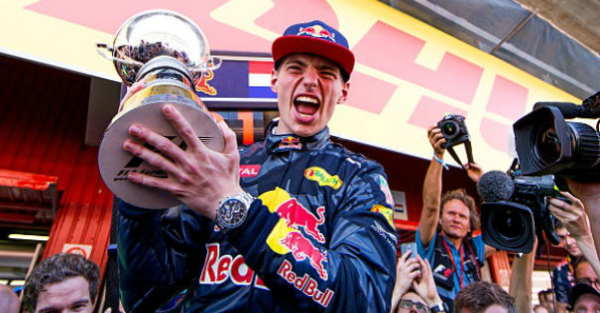 In a year that saw wider and faster cars introduced into Formula 1, one driver says the change helped to improve his form.

Max Verstappen had a strong season with two wins and four podiums, finishing sixth in the point standings. He enjoyed the new car and credits the new generation Formula 1 car for his impressive form, according to ESPN.com.

The new generation car had increased cornering speeds and lowered lap times, which was made possible by the faster and wider cars. He was asked his thoughts of the new car and if he thought it fit his style.

“I think in general yes, it’s been a bit more positive because it’s more like a race car,” Verstappen said. “Last year’s was a bit more like a toy car for my feeling.”

Verstappen actually outperformed his Red Bull Racing teammate Daniel Ricciardo 13-7, but Ricciardo finished one spot ahead of him in the standings.

RELATED: Lewis Hamilton reveals which driver is motivating him to improve in 2018

“This year it’s a bit more rough and you know it’s harder to drive but in general it’s also just more enjoyable because you can go a lot faster into the corners without being too worried about locking fronts and stuff and I think that helped me,” Verstappen said.

He wasn’t alone in enjoying the new cars. Other drivers also noted the difficulty of driving them, especially while trying to follow other cars. Lewis Hamilton in particular was rather vocal of the matter after the Brazilian Grand Prix