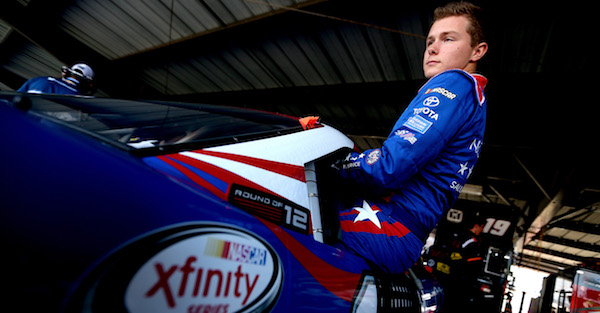 Toyotas have dominated this season, leading some drivers to believe the manufacturer has an advantage over Chevy and Ford. Matt Tifft has driven a Toyota for Joe Gibbs Racing over the last two years in the Xfinity Series, but he is changing teams and won’t be driving a Toyota next season.

When the 2018 season starts, Tifft will be driving for Richard Childress Racing in the No. 2 Chevrolet. He hasn’t driven a non-Toyota since 2014, and he talked with NBC Sports about the challenges of changing manufacturers for next year.

“I don’t know how the simulation of the Chevy things work,” Tifft said. “I don’t know what they do differently on the engineering side or the driver development side. All that will be new to me. New crew chief, new guys. That part is always exciting because you have newness around it.

“Not to say this was bad at all, because I’m really having a great time with my guys right now and it’s been a lot of fun. You have the opportunity to be there for a couple of years and hopefully grow together and get to a place where we’re winning races.”

Tifft is still in the Xfinity playoffs, and he is one of eight drivers competing for the series championship. He has four races left in his tenure with JGR, and he the opportunity to win a title on the way out.

Toyotas dominance during the regular season doesn’t necessarily mean the manufacturer will win a championship at any level of the sport. Martin Truex Jr. and Kyle Busch are probably the two favorites in the Cup Series, but anything can happen in the playoffs.

Tifft making the change and moving to Chevy might be difficult—especially early on in the process—but Chevy’s have won in the past and are certainly capable of still winning titles.