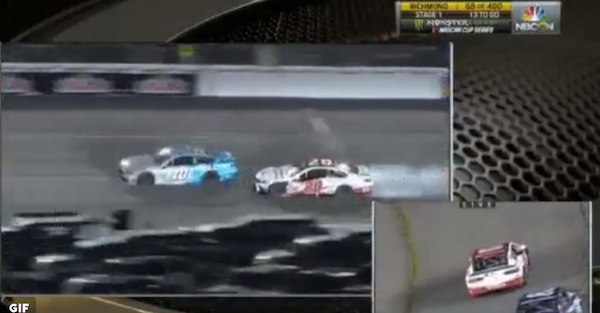 NASCAR officials have been known to be a little overzealous when waving the caution flag at races, and it’s something neither drivers nor fans like very much.

Officials called for a caution in Stage 1 of Saturday night’s race at Richmond after the brakes locked on Matt Kenseth’s car.

Related: NASCAR could take another beating this weekend for one huge reason

The NBC broadcasting team believed NASCAR officials thought Kenseth blew his engine and there was oil on the track.

Instead, the caution was waved, which probably irritated the drivers as much as it did the fans watching at home.

It’s easy to see where NASCAR officials are coming from, though. They don’t want anything potentially devastating to happen, but it’s unfortunate when unnecessary caution flags delay progress of a race.