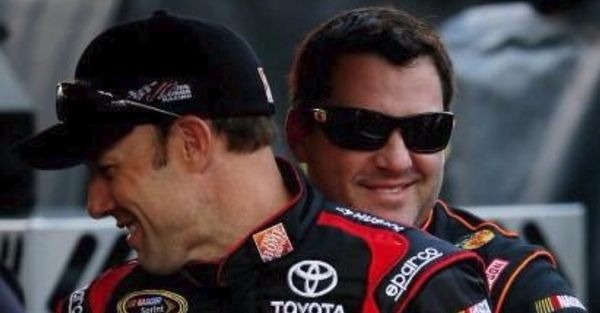 In what could have been his final Cup Series race, Matt Kenseth had a solid run, earned a top-10 finish, and then shared what he’ll miss most about the sport during his post-race interview.

“Ah, man, I don’t know. I guess the fans,” Kenseth said after getting out of the No. 20 for the last time. “You hear them yelling right now. Last week was really, really neat. When I was doing that backwards victory lap–the Polish victory lap-like (Alan) Kulwicki did at Phoenix, ironically, and you could hear the fans yelling through the window. All the respect they’ve been showing me the last couple of weeks has been really humbling. So, probably I’ll miss that the most.”

While Kenseth hasn’t officially announced retirement plans, he did say he plans to take time away from racing after this season. Earlier this year, Joe Gibbs Racing announced that 21-year-old driver Erik Jones will replace Kenseth in the No. 20 Toyota Camry in 2018.

Jones has won back-to-back Rookie of the Year Awards in his past two NASCAR seasons. In 2016, he earned that honor in the XFINITY Series before being named the top rookie in the Cup Series this year.

He’ll have his work cut out for him as he replaces the 45-year-old Kenseth. In more than 20 years in NASCAR, Kenseth has won 39 races, one Cup Series championship, and could end up in the NASCAR Hall of Fame.

“I did the best I could every week. Didn’t always do the right thing; that’s for sure, but I raced as hard as I could and at the time I felt like I was trying to do the right thing,” Kenseth said. “I gave it my all every time I went to the race track. That’s all I could do.”