Martin Truex Jr. says what winning the regular season championship would mean to him 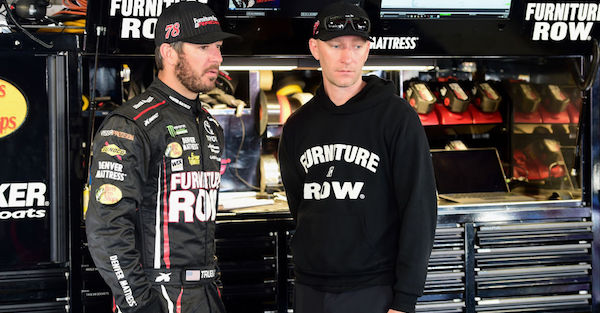 “It’s a huge deal for all of us, honestly,” Truex said.

Furniture Row Racing general manager Joe Garone said while the regular season title doesn’t necessarily guarantee a spot in the playoffs, it is still the position he wants his team to be in entering the postseason.

Truex has earned 35 playoff bonus points, and the bonus points were established this year after what happened to Truex last season. He won two playoff races, but a blown engine at Talladega kept him from making the final four.

“If that happens this year, we’ll have enough points to make it through the round,” Garone said. “If you end up having some real bad luck, the bonus points can carry you to a degree, for sure. So it’s huge, or it could be huge.”

Truex said winning the regular season title would be a “huge accomplishment” for him and his team.

“Being someone who can consistently win and run up front and really do what we’ve done this year, it’s been awesome,” Truex said. “Probably a few weeks after the playoffs start it will kind of be forgotten, but it will be a huge accomplishment for our team to win the regular season. It makes me think about the old days, when there was no playoffs, and what this year could be.”

Truex should have the regular season title secured, and he will be among the favorites to win the championship this season.