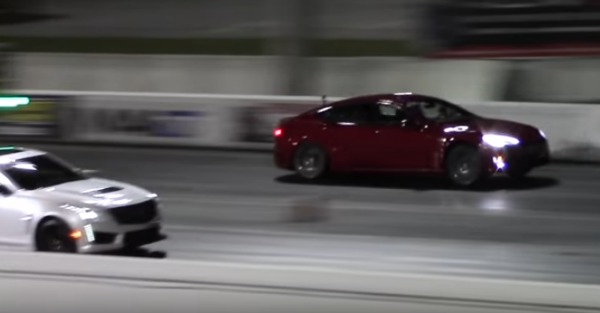 After receiving the Ludicrous+ update, a Tesla Model S P100D achieved a 10.72 1/4 mile time to set a world record. Note that there is no qualifier for “electric” or “hybrid” when it says, “Quickest stock 4 door sedan.” There is no reason to say the Tesla is the fastest stock production electric car in the world since even its conventional gas powered rivals get left in the dust like the 640 HP 2017 Cadillac CTS-V from the first run. The old record holder? The same car, only before the Ludicrous+ update.