Racing series makes history with an announcement that changes the sport 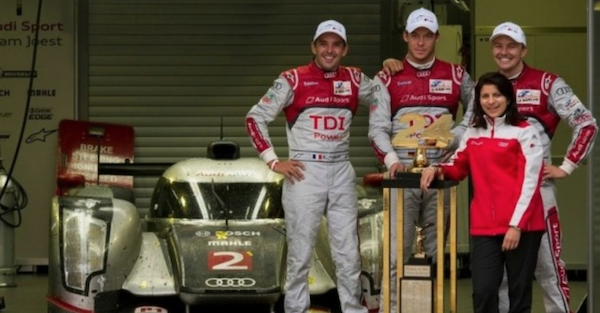 Schmidt Peterson Motorsports has hired Leena Gade as its lead race engineer for James Hinchcliffe in the No. 5 Arrow Electrics Honda, according to Honda Indy Toronto.

Gade will become the first female lead engineer in the history of the IndyCar Series.

Guess the news is finally out! Thank you @SPMIndyCar for giving me this chance to do something totally different and challenging.

Related: Another IndyCar driver seeks a ride in NASCAR, but there?s a reason not many drivers succeed

Gade, who is from the United Kingdom, also became the first female engineer to lead a team to victory at the 24 Hours of Le Mans. She helped guide Audi to three wins at the race.

She said she’s honored for the opportunity at Schmidt Peterson and is looking forward to the challenge.

“I?m really honored that I?ve got a chance to come across and work in IndyCar,” Gade said. “When I was a kid, I used to watch Indy car (racing), especially when Nigel Mansell first came over (in 1993), and I followed it quite a lot.

“During my sports car days, it was a little less so, until I had friends come across to the U.S. to work in it like Piers (Phillips, SPM’s general manager). I?m quite honored to be given the chance. It is going to be something completely different to anything I?ve ever done before, so it?s a big learning curve, but it?s a challenge that I?m really relishing, so I?m looking forward to it.”

Gade and Hinchcliffe will work together for the first time on Jan. 24 at Sebring International Raceway. The first race of the season is on March 11 in St. Petersburg, Florida.