Another IndyCar driver seeks a ride in NASCAR, but there’s a reason not many drivers succeed 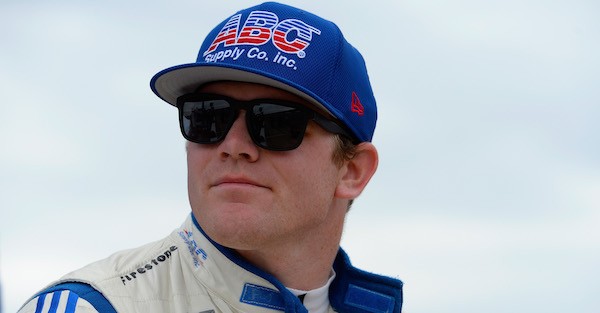 It’s not uncommon for drivers wanting to change and race in a different series. IndyCar drivers have wanted to test their skills in NASCAR in the past, including Marco Andretti and James Hinchcliffe in recent years, as well as Danica Patrick.

Now, 26-year-old Conor Daly wants to give NASCAR a shot.

Daly has 39 IndyCar starts since 2014, and he’s raced full time in the series over the last two years. He finished second at Detroit in 2016, but he doesn’t have a full time ride set up for 2018.

If he can’t find a ride in the IndyCar Series, he said he wants to race in the NASCAR Xfinity Series on the three road courses: Watkins Glen, Mid-Ohio and Road America.

“I?d love to try and do NASCAR stuff,” Daly said via NBC Sports. “I?ve been trying to talk to Xfinity Series teams about their road course races. I think that would be very entertaining. I think it would be a great idea. I obviously love my IndyCar family, but if there?s no possibilities there and there seems to be some chances to be had in the NASCAR world, then I?m certainly going to take it because I want to drive anything that I can.”

Running road courses only might not be a problem for Daly since he’s familiar with the tracks. Daly has raced at all three road courses in the IndyCar Series, so the change wouldn’t be quite as drastic for him.

But if Daly wanted to race full-time in the Xfinity Series, it could be challenging. The move from IndyCar to NASCAR isn’t necessarily an easy one.

Juan Pablo Montoya had success in both series, but his two Cup Series wins also came on road courses. Danica Patrick didn’t win any Cup Series races and was far more competitive in the IndyCar Series.

The cars and body types are completely different, and the style of racing is also different. Pit strategies and fueling strategies aren’t the same. While drivers can grow accustomed to changes, there’s a learning curve involved that can be very challenging.

If Daly only raced the road courses in NASCAR, he might have some success. But a full-time move might prove to be far more difficult, and unless he plans to go all-in on the move, it might be best to stick with the IndyCar Series until he’s ready for a complete change.