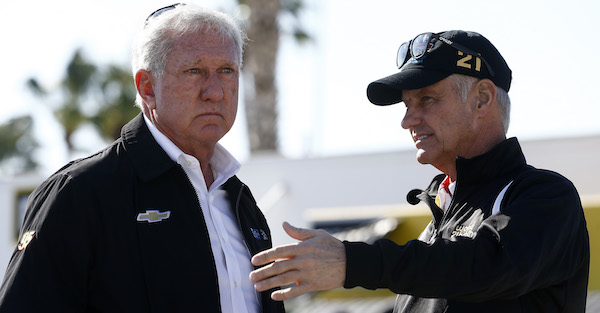 Leavine Family Racing’s highest finish in a season is 26th, and that came in 2017 with Michael McDowell. Team owner Bob Leavine has made drastic changes with the team entering 2018, and he expects a much better product next year.

Leavine signed Kasey Kahne to replace McDowell in the No. 95 car, and that was the first step for the team to move into playoff contention. Kahne has 18 Cup Series wins in his 14-year career, and he has the ability to help improve the team.

But that wasn’t the only change Leavine made. Kahne will have a rookie crew chief in Travis Mack, who is also coming from Hendrick Motorsports. Mack was Dale Earnhardt Jr’s car chief last season.

Related: Bob Leavine has a big goal for 2018, and he wants everyone to know it

According to NBC Sports, the team will also have a new shop foreman from Richard Petty Motorsports, as well as a front-end foreman and a body man from Furniture Row Racing.

The team also announced Procure as its first major sponsor for Kahne’s car. It will sponsor six races in both 2018 and 2019.

The new decals are up at the shop 👌 #PoweredByProcore pic.twitter.com/mlGQZE1pPN

It’s probably a bit unrealistic to expect the team to compete for a championship, but a playoff berth could certainly happen for the team.

Leavine wants to beat every team in the alliance with Richard Childress Racing, and Kahne is capable of delivering that next season. The expectations won’t be too high surrounding the team, but they do have the potential to contend for the postseason.