Bob Leavine has a big goal for 2018, and he wants everyone to know it 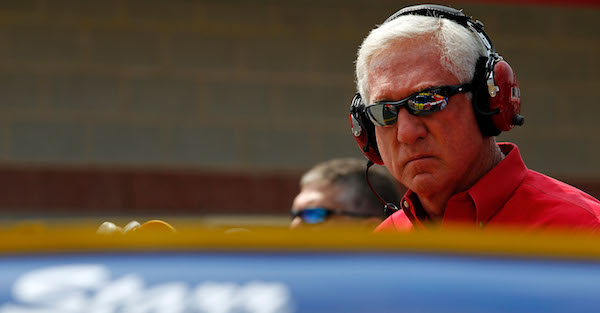 Leavine Family Racing doesn’t have a Cup Series win on its resume yet, but the team made a splash during the offseason by signing Kasey Kahne to drive the No. 95 car.

Team owner Bob Leavine already has his team’s goal in mind for 2018, and he hasn’t been shy about letting his team and competition know about it.

Leavine Family Racing has an alliance with Richard Childress Racing, and Leavine called new RCR vice president of competition Andy Petree and told him his goal is for Kahne to beat every car in the alliance. That includes the No. 3 of Austin Dillon, the No. 31 of Ryan Newman and the No. 43 of Bubba Wallace, who’s a part of the alliance with Richard Petty Motorsports.

Dillon and Newman both made the playoffs last year for RCR, but so did Kahne when he was at Hendrick Motorsports.

Leavine Family Racing’s highest finish for a season was 26th last year with Michael McDowell, but the team is hoping Kahne’s experience can help push them into playoff contention.

The entire story on Leavine is worth reading, including his five-year plan when he formed the team. Leavine feels like he finally has a team capable of competing at a high level, and the pressure will be on Kahne to deliver.

The team is certainly capable of beating the other teams in the alliance, and they will certainly be a team worth monitoring next season.