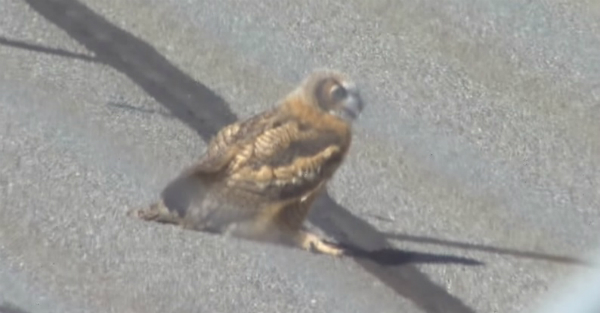 The sport of stock car racing has many fans and not all of them are human.

This season in NASCAR, there were multiple occasions when furry friends visited the track to take in a race. In in the most recent rendition of Landon & Matt’s NASCAR Christmas Presents, Landon Cassill and Matt Dibenedetto highlighted some of the wilder fans to visit the tour this season.

Earlier in the season while drivers were practicing for the Xfinity Series race at Pocono Raceway, an adorable fox decided to look in on the action. The ordeal brought practice to a halt as the fox hung out for a bit, before eventually seeking refuge in the wall. Officials blocked the hole the fox went into to allow racing to resume.

RELATED: Landon and Matt remember that one time a team owner clocked his driver in the head after celebrating a win

“When you’re in the middle of practice and trying to focus on talking about what the teams are doing, then all of a sudden there’s animals on the track and you need to fill 15 minutes of time on the air to talk about that,” Cassill said. “There’s no better people than Michael Waltrip, Adam Alexander, and Larry Mack.”

During a Monster Energy Cup Series practice in March at Auto Club Speedway in Fontana, CA, an owl sat right in the middle of the track as car flew past it. A few cars flew past the owl before officials brought out the red flags. It’s unknown if the owl heard the horrible owl joke told by the commentators or if it had just decided it was time to fly away, but with a flap of its wings it was gone.

As the duo watched more footage of animals on the track while cars were driving, Cassill encouraged fans to donate to get DiBenedetto to stand on a track.

“If any viewers want to pay and start pledging Matt is willing to stand on the racetrack during a race and try to avoid cars,” Cassill said.