Kyle Larson celebrated his latest victory in an unusual way 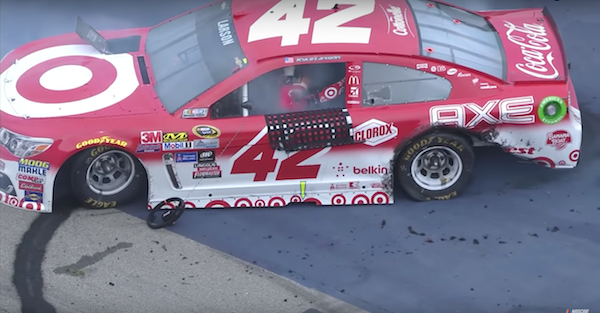 After Kyle Larson picked up his second win of the season at Michigan International Speedway, he cruised into Victory Lane for a celebratory burnout.

During the burnout, Larson held his steering wheel out of his window while the fans cheered him on after his victory.

NASCAR officials have asked him not to celebrate by holding his steering wheel out of his window, but Larson doesn’t seem to mind being reprimanded after winning a race.