Kyle Busch Reveals Who He Thinks Is His Biggest Competition 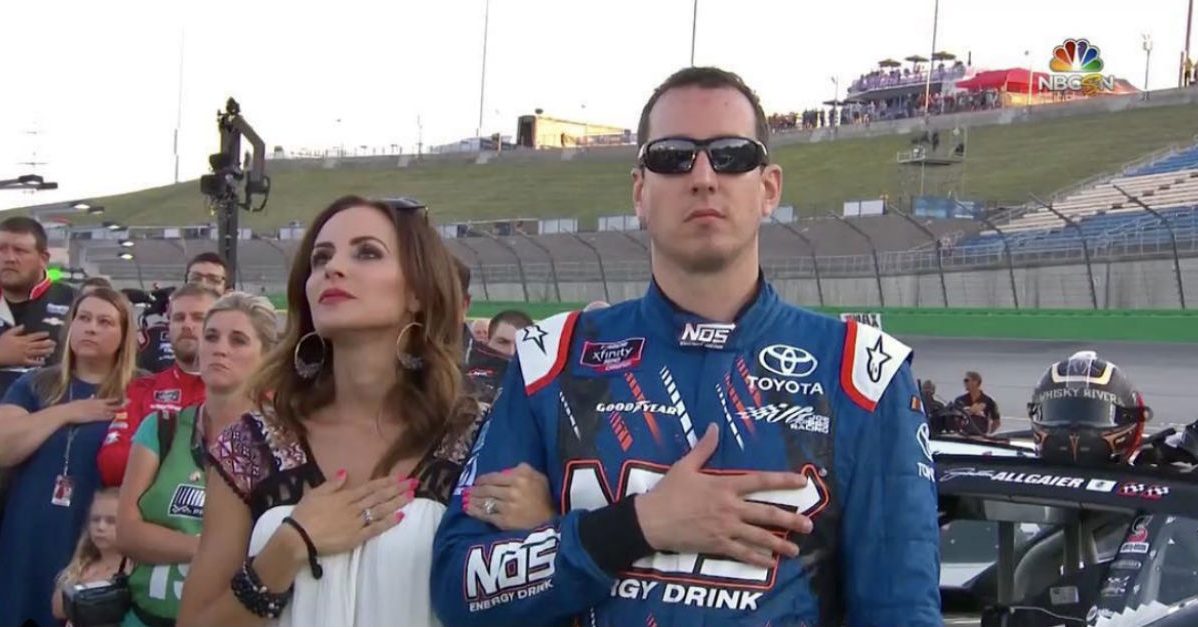 Along with Kevin Harvick and Martin Truex Jr., Kyle Busch has been having himself quite the dominant 2018. As it now stands — with Busch having five wins, Harvick also having five, and Truex having four — it’s anyone’s game when it comes to the championship.

Rowdy being Rowdy, he’s clearly not short on confidence, but that doesn’t mean he’s not keeping a watchful eye on the other strong racers in the field. And, if you asked him who his biggest competition was, he certainly wouldn’t be afraid to tell you.

?If you had to choose just one, I?d have to say Martin,? Busch said on Wednesday’s NASCAR America. ?Just with the successes that they?ve had on mile-and-a-halves. Even though Harvick?s been just as good at mile-and-halves.?

?Overall, the 78?s just so strong and they certainly know how to turn up the wick when it matters most.”

Read More: You?ll Hate Kyle Busch Even More After Seeing His Net Worth

With a recent win at Kentucky and a Best Driver ESPY Award, Truex and his No. 78 Toyota Camry are definitely experiencing what some might call a hot streak.

But, Busch isn’t one for concessions, and despite his praise of Truex, the No. 18 driver won’t be crowning him champion anytime soon.

?I think you?ve seen the 78?s dominance of last year toned back,? he said. ?They?re third, they?re fourth, they?re fifth ? they?re still competitive, They?re still right there, but they?re not nine seconds out front. So I think the field has been closed up. ? But they still have that little bit of edge when they need it.?

In his sit-down with Dale Earnhardt Jr., Busch also covered a number of different topics, including his desire to see more short track races. Oh, and in case you were wondering, here are the three races that Rowdy would like to win someday.

Would @KyleBusch run in the #Indy500?

"Rowdy" answered which races he'd like to win someday, and had a few surprising entries. #NASCARAmerica pic.twitter.com/BGzE5iECal

Could you imagine Busch running in Le Mans? How awesome would that be?!