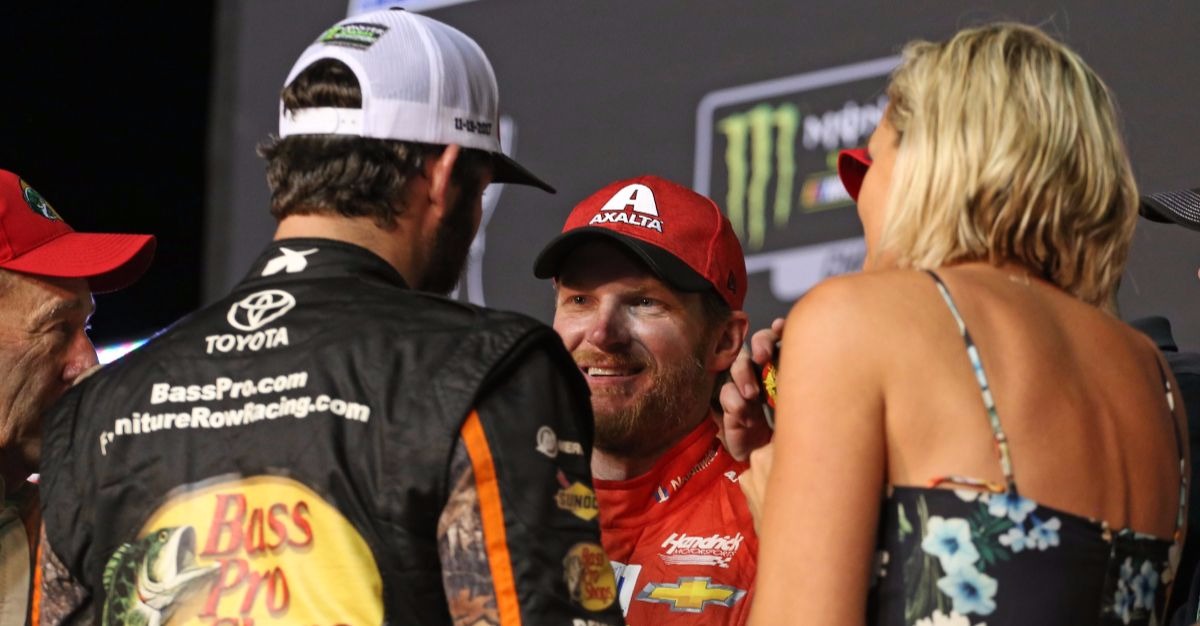 If you could only use one stat to describe the last NASCAR season, you would be hard pressed to find a better one than this:

Two drivers led 40.4 percent of the 10,581 laps run this season according to NBC Sports. Those drivers were Martin Truex Jr. and Kyle Busch, who dominated all year and finished one and two in the points and combined for 13 wins.

Truex’s 2,253 laps led and Busch’s 2,023 (Both driver’s career highs) meant that NASCAR had two drivers surpass the 2,000 lap mark in the same season for the first time since Dale Earnhardt and Rusty Wallace in the 1989 season.

The stat backs up what was very apparent to anyone watching this year: Martin Truex Jr were a cut above the rest. NASCAR has to be thrilled that their new format ended with the top two drivers battling for the championship. Unfortunately that didn’t translate to the ratings.

Related: TV ratings are in for Homestead and there’s no way around it – they are ugly