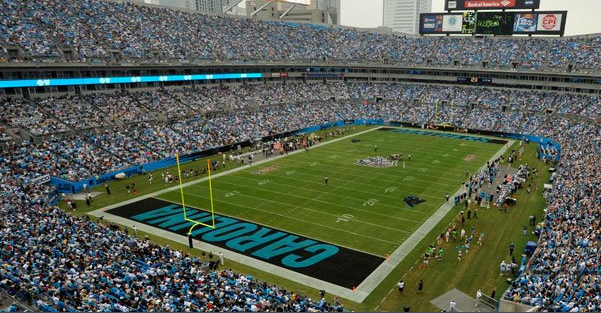 Busch and Johnson told the Charlotte Observer that they would be interested in being part of a group that buys the Carolina Panthers.

?I?m not the leader of it at all, but I have had a conversation, one conversation, with one of the groups that is interested in buying it,? Busch told the Observer. ?I?ve put my name in the hat just to kind of have a seat at the table, if you will, when it comes to what is going to happen next.?

Johnson noted that while he’s not actively involved in an ownership group, he’d like to be.

?I?m not actively in anything. I would love to. I?ve been asked if I would be interested in doing it, and absolutely,? Johnson said.

Busch and Johnson join a long list of potential NASCAR drivers or officials who have either said or are rumored to be part of a group to buy the Panthers. Brian France, NASCAR’s CEO, has been rumored to be interested, but he’s denied that. Dale Earnhardt Jr. has talked to  Speedway Motorsports INC CEO Marcus Smith to inquire about being part of a potential ownership group. Felix Sabates, a minority owner of Chip Ganassi Racing is heading up a group which he says involves two NASCAR drivers. But those drivers have yet to be identified. Forbes also floated Joe Gibbs as a possible suitor.

Richardson and his partners paid approximately $206 million for the Panthers in 1993, but Forbes reported the team’s value to be at $2.3 billion earlier this year. Furthermore, according to NFL rules, an incoming owner is required to maintain a minimum of 30% equity in the team, which means anyone looking to buy the Panthers needs to write a $600 million check to become its new owner.