Kyle Busch is close to breaking an unfortunate NASCAR record 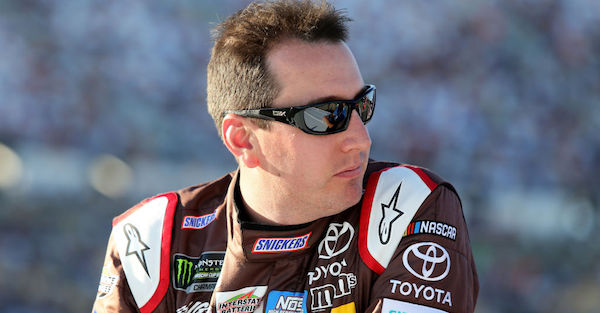 Kyle Busch is third in the NASCAR points, and he is in good shape to make the postseason.

But Busch hasn’t won a race since last year’s Brickyard 400, and he is close to breaking an unfortunate NASCAR record.

Busch is 216 laps behind Harry Gant, who set the record for most laps led without a win in a season with 1,169 in 1981. Gant never won a race that season, though he did record 13 top fives and seven runner-up finishes.

Busch has seven top fives and two runner-up finishes this season. His 953 laps led without a win surpassed Jeff Gordon’s 919 laps in 2010.

The good news for Busch is that he’s won the Brickyard 400 in two consecutive seasons. Being in third place in the points is a nice consolation prize as well.

There is still plenty of time this season for Busch to pick up a win, and he will be among the favorites to win at Indianapolis Motor Speedway this Sunday.