NASCAR puts in another change that some drivers hate 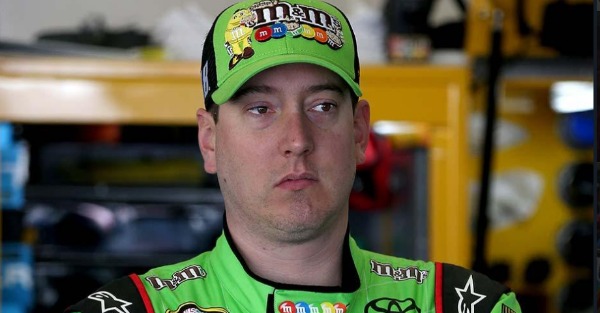 After an exciting race weekend at Martinsville Speedway, NASCAR must have thought it was a good time to announce a few rule changes for 2018, so its fans would have something else to talk about other than Chase Elliott’s crash last Sunday.

So, without any further ado,  NASCAR’s sanctioning body announced the drafting package which debuted in the XFINITY race at Indy this past July will be used at both Michigan and Pocono in 2018. If you remember, the package used in the Lily Diabetes 250 at Indy featured a 7/8-inch restrictor plate, a taller rear spoiler, and aero ducts. The point of these alterations were to reduce the aerodynamic advantage the leader of the race experienced, according to NASCAR.com.

With that package in place, this year’s XFINITY Series race at Indy saw eight drivers lead the race at some point with the lead changing hands 16 times, which was only one off the record. While William Byron obviously enjoyed the draft package, since he won at Indianapolis, NASCAR veteran Kyle Busch wasn’t a fan and publicly criticized NASCAR following the race.

“They wanted to slow down the fastest guy here so the rest of the field could keep up and they did,’’ Busch said, according to NBC Sports.

In contrast, Ryan Reed finished 6th at Indy and told reporters after the race he liked the aero package.

“I think anytime you make the cars … slower, they’re easier to drive,’’ he said. “When they’re easier to drive, you’re able to put them in more difficult positions and come out the other end OK and you’re going to have a little more confidence. I think you’ve got to find a balance because at this level a high-rate of speed is what help defines the sport.

“You don’t want us to go down and run 140 miles an hour and wide open every track, otherwise who wants to watch that? Just find a balance. I think that this may be a step in the right direction. It seems like the racing was better.’’

The new drafting package will debut at Pocono when the XFINITY Series visits the track on June 2nd, before appearing again at Michigan on June 9th and at Indianapolis on September 8th.

Xfinity Series to use Indianapolis package at Michigan, Pocono in 2018 https://t.co/akz2Zo6Hra pic.twitter.com/RSnL2V3Jw9