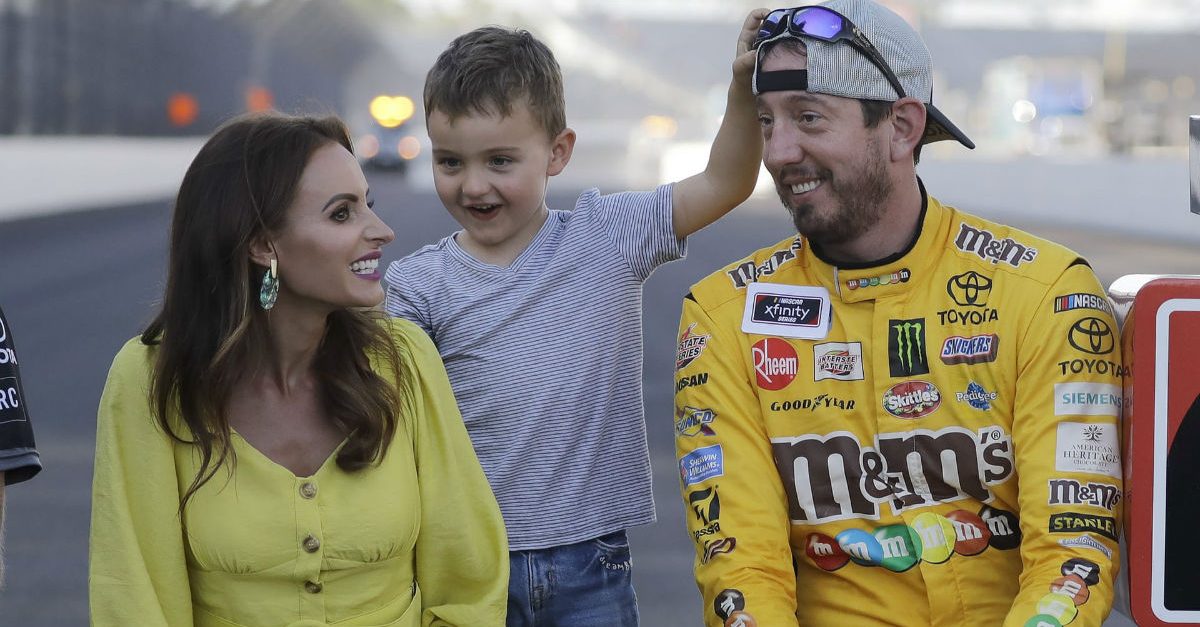 With a huge chunk of the nation under strict stay-at-home orders due to the coronavirus pandemic, NASCAR drivers like Kyle Busch aren’t just using their time in quarantine to order takeout and binge Tiger King on Netflix.

The eNASCAR iRacing Pro Invitational Series has been in full swing for several weeks now, and Busch, the reigning NASCAR Cup Series champion, is treating the competitive simulation experience as more than just a video game. The NASCAR season may be suspended for the foreseeable future, but once a competitor, always a competitor.

Going to be working the wheel tonight! iRacing on the dirt in the No. 51 @pitpayapp @rowdyenergy Sprint Car and Late Model. 📺 FS1 🕰 8 PM ET

?We aren?t allowed on our normal simulation rigs that we use as a race team,? Busch said. ?But last weekend I got to try out iRacing for the first time, driving the virtual No.18 M&M?s Toyota for the first iRacing event. Overall it was fun, but it was just different. It?s definitely something to get used to and a different challenge.?

?I?d never done iRacing until last weekend, and several of the other guys like Denny Hamlin, Dale Jr., William Byron do all the time,? Busch said, according to Forbes. While Busch stated that iRacing takes some getting used to and is fun, he?s hints that he misses the feel of his car and is keeping focused on the real thing. ?Everyone uses the same setup for the race given to us by iRacing, so there?s not much you learn that you can translate to the real car when we do get back racing.?

Busch, who placed 29th at a virtual representation of Homestead-Miami Speedway and 17th at the Texas Motor Speedway iRacing event, is also using these stay-at-home days to spend time with his wife Samantha and four-year-old son Brexton.

?Spending some time with Samantha and Brexton, we?ve fished together and went on a hike just to name a few things, so that?s been fun,” Busch said.

Social distancing has its perks!🌲🍂💧 This morning, we headed out for a family hike to enjoy Mother Nature. One benefit of all of this is extra time is being able to make more memories with Brexton. 🙌🏻 I challenge you to get out and enjoy nature with your family in the coming weeks! If hiking isn’t your thing tomorrow, I’ll even be sharing some of our favorite activities to do with the kiddos at the house too, so stay tuned! ✨💕

Busch has also been doing plenty of work on the business side of things. He owns Kyle Busch Motorsports, which competes in the NASCAR Truck Series, and he also recently put out his own energy drink called Rowdy Energy.

Even during all this coronavirus craziness, Kyle is clearly still finding ways to stay plenty busy.