Kyle and Kurt Busch Are Riding High Heading into Their Hometown 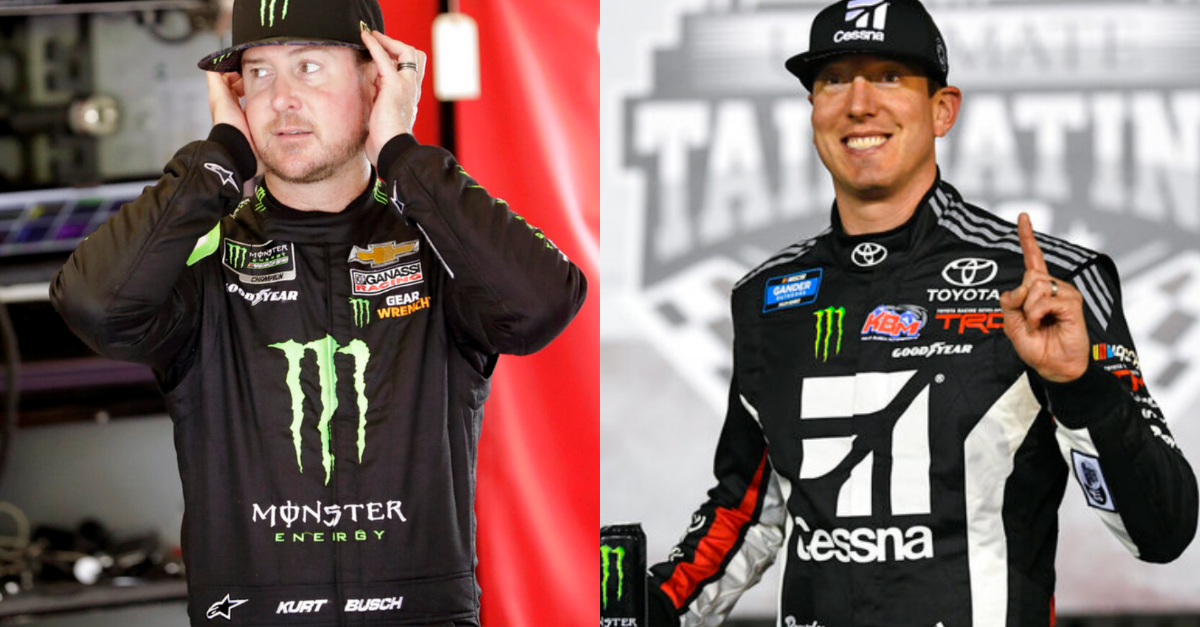 CHARLOTTE, N.C. (AP) ? The Busch Brothers lead NASCAR into its three-race West Coast swing coming off another set of accomplishments that have established them among the all-time greats of the sport.

The Las Vegas natives return home as two of the headliners of NASCAR’s young season.

Kyle Busch on Thursday finalized a multi-year contract extension with Joe Gibbs Racing to drive the No. 18 Toyota. This was a contract year for Busch but he locked up his new deal and avoided free agency. Last week, he made his 500th career Cup Series start ? a sixth-place finish at Atlanta, where he drove from the back of the field in a backup car ? and he set the Truck Series all-time win mark with his 52nd victory.

Excited to continue my relationship with @JoeGibbsRacing and @MMSChocolate for years to come! Here’s to more wins and championships. 🏁🏆 pic.twitter.com/MNZV93H0eh

Kurt Busch, meanwhile, celebrated his 650th career Cup start with a surprising third-place finish at Atlanta. He moved this year to Chip Ganassi Racing, a team that has struggled to consistently run up front, and Chevrolet has lagged behind its NASCAR rivals since it debuted the Camaro last season.

Read More: Kyle Busch Won?t Be Walking Away from Joe Gibbs Just Yet

Enter Kurt Busch, considered a throwback in that his sense and feel of a car can sometimes help engineers diagnose deficiencies. He prides himself in his knowledge and understanding of cars, rarities among many of his peers who simply drive and don’t crunch the numbers.

“Each and every week you want to have a shot at it and Ganassi and Chevrolet, everybody knows we’ve got to push hard and we can’t expect anything to happen just off of good vibes or good feelings,” Busch said. “We have to go and apply all of the knowledge we can.”

The race Sunday at Las Vegas Motor Speedway will be the first with NASCAR’s entire new competition package. A lesser version of the new rules debuted last weekend at Atlanta and did improve ? albeit slightly ? the on-track product.

Las Vegas is expected to be the first true test of NASCAR’s plan to create closer, tighter racing. NASCAR has reduced both horsepower and downforce, and many believe it will create pack racing at Las Vegas. The new rules and the many unknowns regarding the racing this season have dominated conversation, but there have been other storylines.

Earlier this week, Kyle Larson accused Hendrick Motorsports of gaming NASCAR’s inspection system. He basically accused Hendrick, his engine supplier at Ganassi, of cheating and then walked it back later that night on Twitter.

“I feel terrible about it,” he wrote. “I meant it jokingly, but shouldn’t have implied they are anything but a strong competitor that gets better as the season goes on.”

Ricky Stenhouse Jr. has aggravated half the field through two races with his aggressive driving, and series champions Joey Logano and Martin Truex Jr. are among those who have taken verbal shots at Stenhouse. He was not backing down.

“I feel like I do everything that I have to do to make sure our car stays in the front,” he said.

One element of the new rules package is that smaller teams may be able to close the gap on NASCAR’s powerhouses; Chris Buescher of JTG-Daugherty Racing led the charge at Atlanta with a ninth-place finish. Ryan Preece, his rookie teammate, had a great Daytona 500 debut and a solid run last week until he crashed on pit road.

Daniel Suarez scored his first top-10 finish last week since he moved this season to Stewart-Haas Racing, and that team had a remarkable rebound from the Daytona 500. All four of its drivers crashed late at Daytona but all four finished in the top 10 at Atlanta.

Still, it will Kyle Busch with the opportunity to leave Las Vegas as the biggest winner. He entered all three NASCAR national series races, and has won in each series at Las Vegas but never all in one weekend. His only Cup win was in 2009, his second season driving for Gibbs.

From 1999 to 2001, Kyle Busch won more than 65 races and two championships in Legends cars at Las Vegas’ Bullring. He later added 10 victories in late model stock cars at the Bullring in 2001.

“Vegas always means a little bit more pressure, more pressure on myself, just because it’s the hometown and you want to win there,” he said. “I love Vegas, the atmosphere and everything going on around that place.”