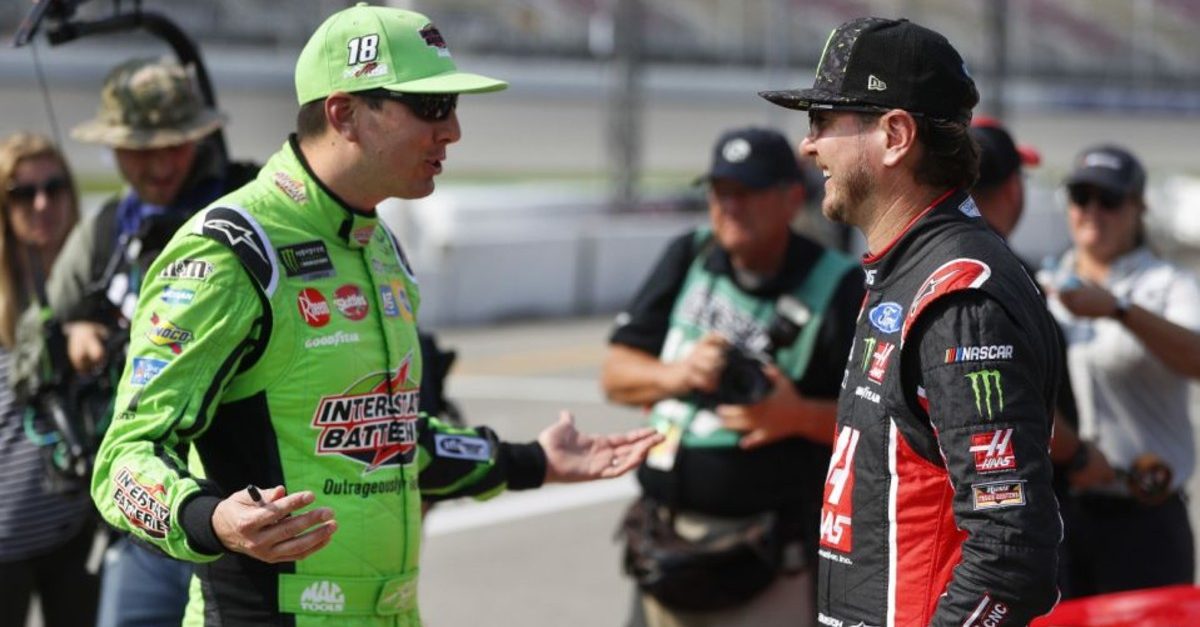 It’s been a fairly unremarkable year for the Busch brothers, but in NASCAR, sometimes unremarkable gets the job done. Kyle and Kurt Busch just barely squeezed into the 16-driver NASCAR Cup Series playoff bubble, at 14th and 15th place, respectively. The Las Vegas natives have both gone winless this year, which is somewhat unusual for Kurt, since he hasn’t had a winless season since 2013, and basically unprecedented for Kyle, who’s won at least one race a season for the past 16 years.

But, after racking up several top-five and top-10 finishes, the Busches did what needed to be done to make it to the next stage in Cup Series competition. In a Zoom press conference on Wednesday, Kurt touched on how he and Kyle have gotten this far without a win.

?We put ourselves in this position to be playoff-eligible and to have a shot at the championship,? the driver of the No. 1 Chip Ganassi Racing Chevrolet said.

Busch continued, ?We know that this is an opportunity to do something great. So just one week at a time.”

?I know my little brother, though. He?s putting a little extra stress on himself because he wants to win a race and continue his streak of winning seasons. And so, he?s thrown a little extra pressure on himself that way. And so maybe that?ll be a distraction for him.?

The last time Kurt Busch scored a win was at Kentucky Speedway in July 2019, when he narrowly beat out Kyle in the process. During the regular season this year, he earned 14 top-10 finishes, including three top-fives — at Auto Club Speedway, Darlington Raceway, and Kentucky Speedway.

Kyle Busch, on the other hand, driving No. 18 Toyota Camry for Joe Gibbs Racing, racked up 13 top-10s this year, with 11 of those being top-fives. Kyle’s last trip to Victory Lane was at the 2019 championship race at Homestead-Miami Speedway.

During the Wednesday press conference, Kurt was also asked if he could have imagined he and Kyle entering the postseason with winless records.

?I never would have guessed,” Busch said. “I felt like the way our season started was strong and consistent, and then we had a shot to win the first race back, after our delay [because of the COVID-19 pandemic], at Darlington [in May]. And then, it just seemed like these opportunities here or there just like slipped through our fingers and we didn?t execute to get those wins.”

?And so, my little brother, same thing. I feel like his luck ? he?s challenged his luck in many different ways and it just hasn?t unfolded for him to get those wins. But hey, we?re both championship eligible. We?re in the playoffs, and here?s the reset. So here we go.?

Some Busch brothers stats for you:

Will either Kurt or Kyle be able to beat the current odds and earn yet another championship for the Busch legacy? Crazier things have happened in NASCAR.