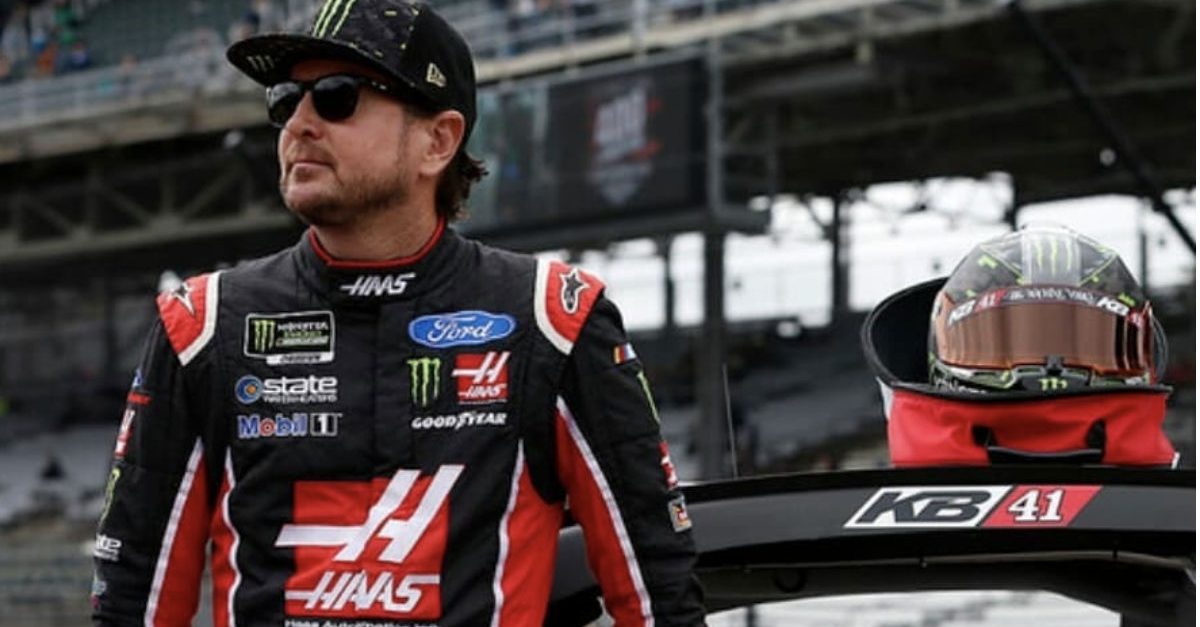 It’s a wonder that Kurt Busch was able to keep his sense of humor after his disappointing finish at Talladega Superspeedway over the weekend. Though it was a solid day for Stewart-Haas Racing overall, with Aric Almirola and Clint Bowyer nabbing first and second place respectively, the driver of SHR’s No. 41 car, despite leading for more than half of the playoff race, ultimately placed 26th after running out of fuel late into the Cup Series race.

As a lighthearted nod to his pit road misstep, Busch’s neighbors added fuel to the fire, so to speak, by offering him this special gift outside of his house.

When the neighbors keep it too real…. 🤣🤣 pic.twitter.com/lfYJHFCcu4

While Busch was able to, in essence, laugh off the lighthearted prank, he wasn’t so happy immediately following Sunday’s race, pointing to the fact that NASCAR officials missed two crucial calls in overtime.

"There were two missed calls by NASCAR at the end."

Thoughts on Kurt Busch's comments at the end of the race? Use #VictoryLap to send @CarolynManno and @NateRyan your thoughts. pic.twitter.com/UvPY3FNhew

Instead, Busch was one of several drivers to run out of fuel on the final tour, handing his team-mate Aric Almirola the win.

“Yeah I was trying to use all the information I could with my guys telling me about how the other team-mates were lifting, what their fuel mileage looked like,” said Busch.

“You don’t want to conserve too much and draw the gap of our cars back to the other guys. I was trying to do what I could to manage the fuel and there was two missed calls by NASCAR there at the end. Why [we had] an extra yellow flag [is] beyond me.”

With NASCAR’s finest heading to Kansas Speedway for the semifinal playoff round this coming weekend, Kurt Busch will need to have a solid race to keep himself in NASCAR playoff contention. Needless to say, every last bit of fuel counts.

Read More: Here?s What Kyle Busch Had to Say About Kevin Harvick?s Bump-and-Run