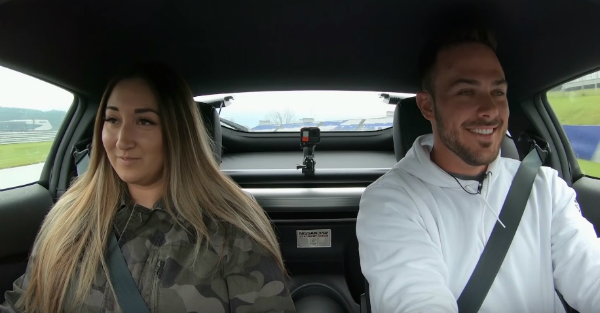 Chicago Cub’s third-baseman Kris Bryant has already established himself as one of the best players in baseball in only three seasons.

Bryant married his long-time girlfriend Jessica, earlier this year. But with training camp, then the regular season, the two didn’t get a chance to go on a honeymoon right away. Last month, the two finally had the chance to get away, according to WGN.

They were in Austria when Bryant decided to give racing a shot. He was at the racing mecca, known as the Red Bull Ring, when he took a Nissan 370z for a spin. It was a cool, slick day, but that didn’t keep Bryant from getting the car up to 111 mph, with Jessica sitting shotgun.

Bryant was put through drift training, and then given the opportunity to sit shogun himself, in a TM X-Bow, an ultra-light sports car built for road and race use. While in a race circuit simulation, the vehicle reached speeds of 125 mph.

It was evident he enjoyed the thrilling ride.

“My heart was beating a little fast, but super fun,” Bryant said.  “I always wanted to get on the track and see how fast I can go.”