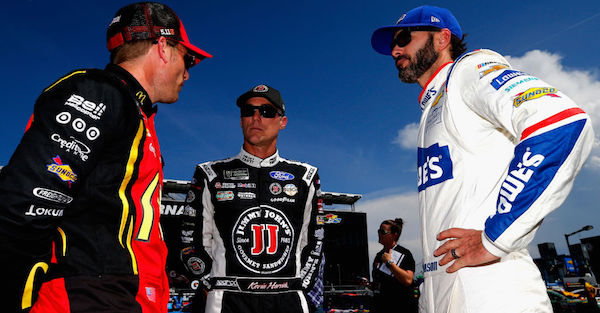 Fast forward 20 years later and Harvick is returning to his roots. The 42-year-old announced he will compete in the season opener of the K&N Pro Series West next month in his hometown of Bakersfield, California.

Harvick will compete in the K&N Pro Series West 175 at Kern County Raceway on Thursday, March 15.

Related: Kevin Harvick gets another year to give fans an insider?s perspective on NASCAR

According to NBC Sports, it will be Harvick’s first race at the half-mile track in a NASCAR series.

Harvick has won his last two starts in the series, including a win last July at Sonoma, and he’s won seven races all-time in the series.

The 2014 Cup Series champion was in the mix for another title last year, and he will likely be in the conversation again in 2018.