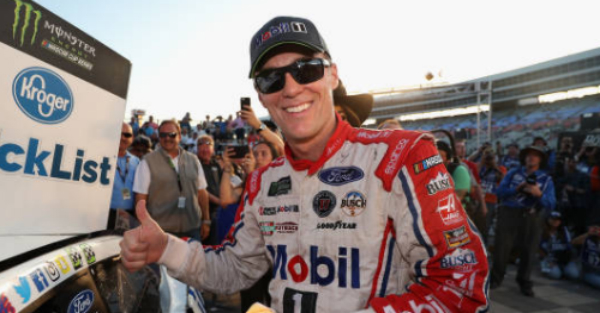 In addition to NASCAR driver, Kevin Harvick added the title of radio talk show host to his resume last year and it looks like he’ll be back at it again this year.

RELATED: Here?s a way too early look at the favorites to win the Cup Series championship

Harvick is excited the show has been picked up for another season, because it gives him the chance to be closer with his fans.

“Having my own show on SiriusXM has brought my relationship with the fans to a whole new level,” Harvick said via a statement from SiriusXM NASCAR Radio. “I love that I have two hours to completely share my thoughts on the races and our sport, to really give those fans much more than the quick interview or the emotional sound bite they otherwise see or hear at the track on weekends.”

“Happy Hours has created a connection that I had never really experienced before in my career, and I am really excited to get back on the air again this season,” added Harvick.

Steve Cohen, SiriusXM?s SVP of Sports Programming expressed his excitement for the amazing year Harvick had in 2017, from making it to the Championship 4 to having a new successful radio show. Cohen looks forward to the continued success of Harvick both on and off the track.

“His personality, perspective and charisma are perfect for SiriusXM and we are excited for the second season of Happy Hours.”

The show can be heard on SiriusXM NASCAR Radio (channel 90) which airs racing content 24 hours a day, 365 days a year.