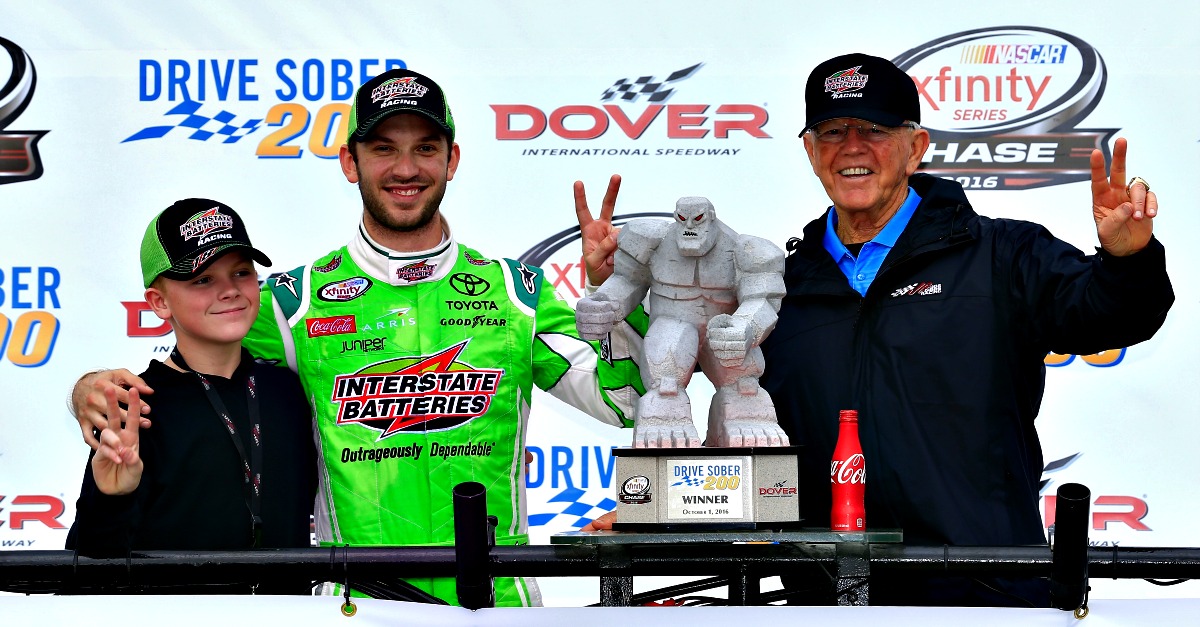 Talk about a public relations disaster.

It’s been nearly a week since Subway dropped Daniel Suarez and Joe Gibbs Racing because Suarez appeared in a skit in which he drove around in a golf cart and gave out donuts from a Subway competitor, Dunkin Donuts. And now, NASCAR’s biggest names are lining up and publicly supporting a very appreciative Suarez.

Absolutely ridiculous. Subway was looking for a way out. All sponsors work together and fans are smart. Insulting my intelligence. https://t.co/OMTUns6M3l

I don't remember him handing out donuts. Never saw it. Forgettable if I did. Big damn deal. Sucks for Suarez and JGR. https://t.co/A1f68TQjuc

Even Camping World CEO Marcus Lemonis — who was involved in a recent controversy of his own — weighed in:

NASCAR legend Mark Martin has, too.

Subway is taking a real PR hit among NASCAR fans with this one, and when someone of Martin’s stature weighs in, it’s only liable to make it worse.

In the latest developments, Joe Gibbs Racing has extended an olive branch to Subway, and hopes it can salvage its sponsor deal.

JGR acknowledged Monday that a silly and harmless stunt, in which Suarez drove around in a golf cart giving our Dunkin Donuts, was the reason Subway terminated its sponsorship deal. Subway is a sponsor for Suarez.

Team owner Joe Gibbs told Motorsport that the decision to end the sponsorship caught the team “completely by surprise,” especially since they were in talks to extend the deal.

The full video of the skit was on Twitter, but has since been taken down, but this is a screen shot:

You can see why Subway would be livid. If it’s paying to sponsor a car — in this case, the No. 19 from Joe Gibbs Racing —  why wasn’t Suarez driving around hanging out Subway sandwiches instead, the thinking may have gone.