Katherine Legge to Run Her First Oval Race at Richmond 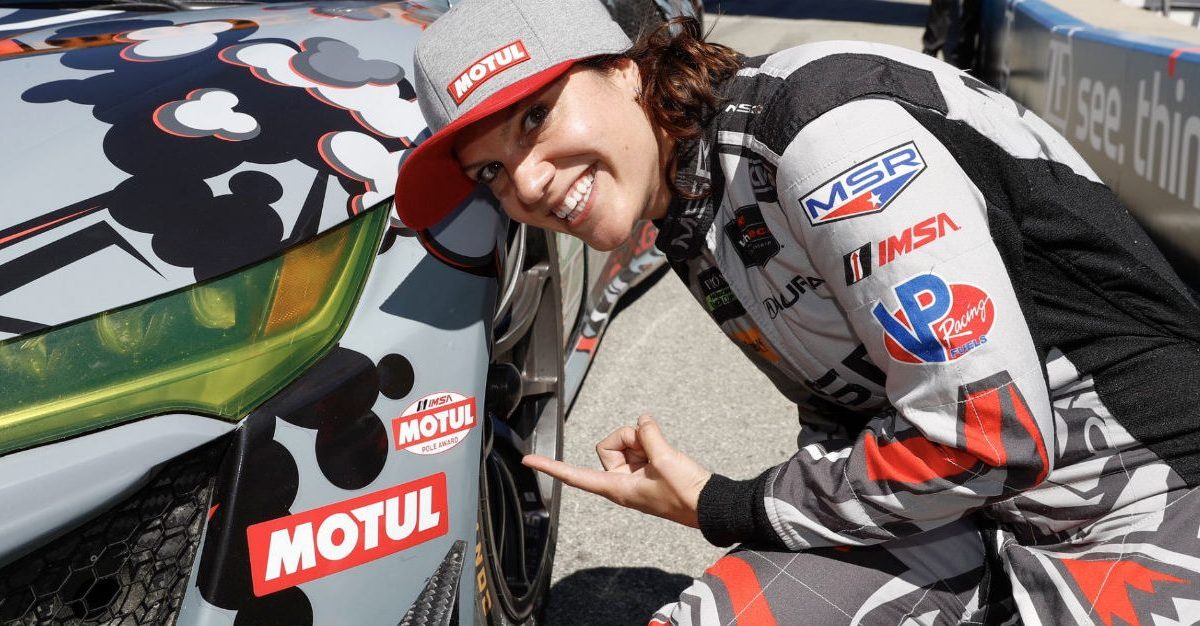 Back in early August, Katherine Legge joined up with JD Motorsports as part of a two-race NASCAR Xfinity Series deal. But the 38-year-old British racer is not done with her NASCAR career just yet.

Driving the No. 15 Chevrolet, Legge will run the Xfinity race at Richmond Raceway later this week, making it her first ever run on an oval.

Woohooooo!… guess who gets to drive a stock car for JD Motorsports again. Yup. Me. Thanks to the team for this incredible opportunity… My first oval at Richmond 😎

Read More: She?s Raced Just About Everywhere Else, and Now Katherine Legge Is Set to Make Her NASCAR Debut

Legge’s previous two NASCAR starts were both on road courses. At Mid-Ohio, she placed 30th following an incident late in the race, but fared much better at Road America, placing 14th. She also got to meet professional racing legend Bill Elliott at the Wisconsin road course, where he came out of retirement to run the last sanctioned race of his illustrious career.

Speaking of momentous last races, Dale Earnhardt Jr. will also run the Xfinity race at Richmond, which he says “may be the last time I race a car.”

Considering the storylines heading into Friday’s Xfinity race, it will certainly make for a decent first course, if you will, ahead of the main course that is Saturday’s Cup Series race.

Before signing her deal with JD Motorsports, Legge ran 28 races in the Champ Car Series, 11 in IndyCar, and has two starts in the Indianapolis 500. She was also recently named driver for Rahal Letterman Lanigan Racing in the Formula E new Jaguar I-PACE eTrophy Series ? the first to feature street-legal production battery electric vehicles.

Quite a day! Ended up third on the podium after a fight to win on the last lap… Thanks to @mariofarnbacher, @meyershankracing @hondaracing_hpd and @acura

Legge also currently competes for Meyer Shank Racing in the IMSA SportsCar Championship, where she is currently second in the GTD championship standings.

Read More: NASCAR Great Dale Earnhardt Jr. Says That Richmond Race ?May Be the Last Time I Race a Car?