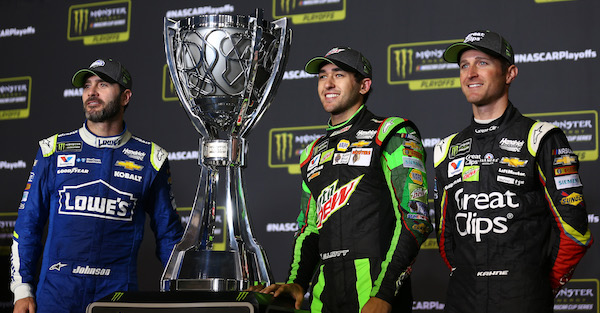 Kasey Kahne made the switch from Hendrick Motorsports to Leavine Family Racing in the offseason, and he’s discovered newfound freedom with his new team.

Kahne has always enjoyed racing outside of NASCAR, and he just competed in the Chili Bowl Nationals. He made an appearance on SiriusXM NASCAR Radio’s “The Morning Drive,” and he said he plans to race in at least two dozens races outside of NASCAR in 2018.

“We have two (World of) Outlaw teams again this year, Daryn Pittman and Brad Sweet, and I feel like I can run 20 to 30 races depending on the schedules and how everything works out. I?m really looking forward to that because that?s something that I wanted to do for a long time and I could do it and then I couldn?t do it.”

Kahne admitted that racing outside of NASCAR was frowned upon at Hendrick Motorsports. He said he was restricted from doing so after his first year with the team.

“When I signed up, I wasn?t at all and they said I could do whatever I wanted and enjoy it,” Kahne said. “A year later, I was restricted from everything and wasn?t able to do that anymore and then the last year they were pretty cool about it, but it was always kind of feeling like you were making somebody mad.

“I won?t have that because Leavine ? they know that that?s what I love to do and that?s what I want to do. I don?t want it to affect the No. 95 in anyway. That?s the first priority to me. When we?re not doing that, it?s OK, nobody is going to be mad if I go and try to do a little racing. It makes me feel pretty good to be in that situation again.”

Kahne will have pressure on him to deliver for LFR because the team has never made the playoffs. So, Kahne’s first responsibility will be with his NASCAR team in the No. 95. But it’s certainly possible his freedom to race outside of NASCAR will lead to better production during the NASCAR season.