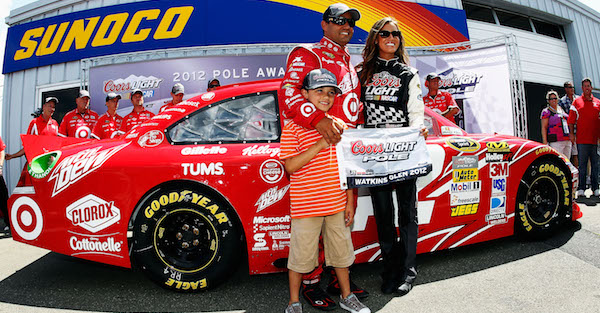 Sebastian Montoya is only 12-years old, but he’s already following in his father’s footsteps.

Montoya has been establishing himself in the racing world, and he has an excellent mentor in Juan Pablo Montoya, the two-time Indy 500 winner who also has two Cup Series wins to his credit. As a result of his success and impressive driving skills, Sebastian was recently admitted to the upcoming class of Ferrari Driver Academy drivers.

According to Autosport, the younger Montoya will compete in the OKJ category of the European Karting Championship this year through the Tony Kart program.

Related: Juan Pablo Montoya got penalized for being up to his old tricks at Daytona

Sebastian Montoya will compete in 11 races this season through the program.

There’s a good chance we’ll be hearing from the 12-year-old sometime in the future if he continues his impressive climb in racing.

It helps to have a father as successful as Juan Pablo, but the kid obviously has plenty of talent.