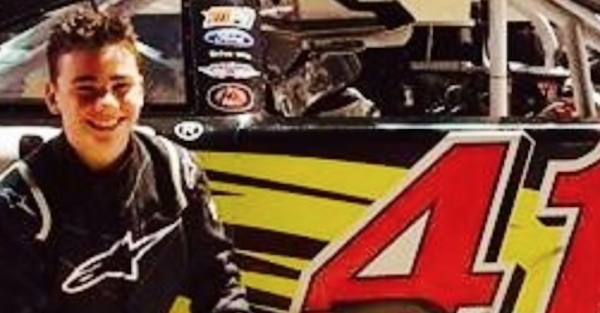 NASCAR is getting younger at every level, and JR Motorsports recently signed a 14-year-old for the 2018 Late Model Stock Car Series.

The team announced it has signed Sam Mayer for the series for 2018, and he will join Josh Berry ? who won the series championship in 2017.

Mayer said he’s thrilled the join the team and to compete for a championship.

“It will be a really exciting experience, to know that I?m with a top NASCAR team and a top Late Model team,” Mayer said via NBC Sports. “I hope to be really competitive and have lots of fun while doing it. I?m confident with the way the team is going to treat me and the car, and excited about seeing what we can do together and what we can accomplish.”

JR Motorsports director of motorsports L.W. Miller said Mayer has already proven he can race at a high level.

“We?re very happy to have a young driver of Sam?s caliber join us here at JR Motorsports,” Miller said. “He?s accomplished a lot in his career already, including against the top Late Model talent in the Southeast, and he definitely has all the qualities we look for on the track and off it.”

Mayer started racing go-karts when he was 4 in his hometown of Franklin, Wisconsin. He won three races in the Late Model series last year. His father, Scott Mayer was a former IndyCar driver.

It’s not often 14-year-olds race in NASCAR, but the team is confident in Mayer’s ability to succeed.