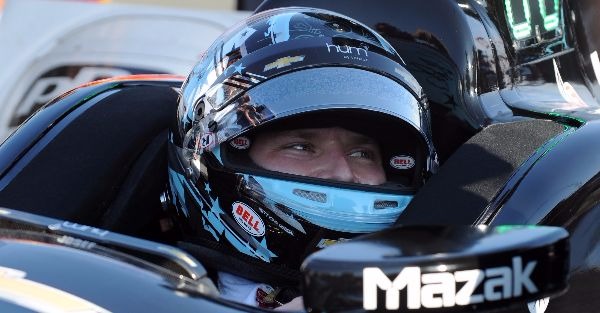 Josef Newgarden just captured the first IndyCar championship of his career, and he already has his sights set on racing in a different series.

Newgarden told ESPN that while he will return to race in IndyCar in 2018, he’d also love to race in Formula One in the future.

“I’ve got to understand where I am at,” Newgarden said. “I’m in the best situation I could ever possibly dream of in the American side.

“With IndyCar, with American racing, you can’t beat Team Penske. Even on a global scale, they are arguably one of the greatest motorsport teams in all of history. You look at that and you say, ‘Well, I’m in a phenomenal position.’ The IndyCar series, to me, is a really great one now it’s on the up, it’s got great competition, but absolutely, Formula One, I’d love to try it.”

Related: A newly minted champion would ?Love? to race in NASCAR

Newgarden also said he’d like to race in NASCAR as well. He said it was a dream of his growing up to try multiple forms of racing, so Formula One and NASCAR could be something he tries in the future.

Newgarden is only 26, so he still has plenty of time left in his career if he wants to race in another series. He’ll still be in the IndyCar Series in 2018 for Team Penske, but it’s possible he gives Formula One a try in 2019.

He reiterated several times that he’s happy in the IndyCar Series, but he made it known that he wants to try other forms of racing. It wouldn’t be surprising to see him branch out sooner rather than later.