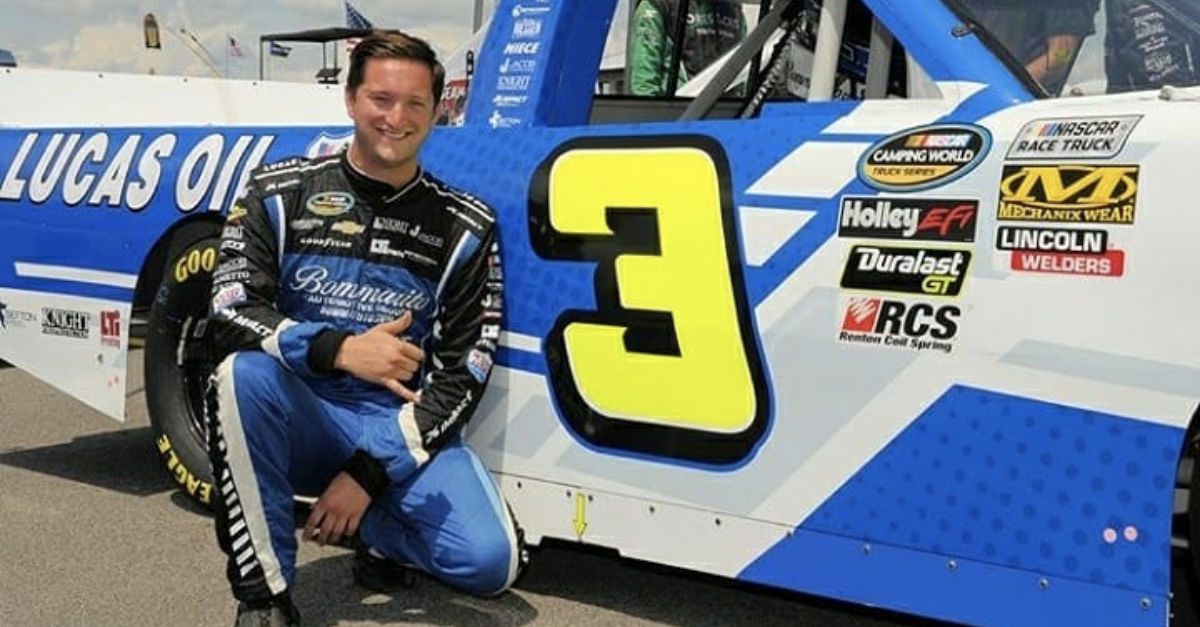 Jordan Anderson should probably turn himself in as soon as possible.

According to the Rowan County Sheriff’s Office in North Carolina, the 27-year-old NASCAR Camping World Truck Series driver has a warrant out for his arrest for possession of a stolen motor vehicle.

The race truck, which Anderson purchased from owner/CEO of Newfab Racecars Ryan Newling (who was arrested on charges of larceny of a motor vehicle), was involved in a Texas crash back in June.

The Rowan County Sheriff’s Office officially began investigation into the sale of the truck on September 7, and the sheriff’s office summed up its findings in an official news release.

Sheriff @rowancountync says Jordan Anderson bought stolen truck from Robert Newling, knowing it was stolen. Anderson agreed to turn himself in on 9/20, never did. Newling charged with larceny of motor vehicle, Anderson's warrant for possession of stolen vehicle. pic.twitter.com/o1WFQz5mCM

“Robert Newling then took it upon himself to sell the race truck, that did not belong to him, and sold it to Jordan Anderson,” the news release stated. “During the course of this investigation, investigators were able to determine that Mr. Anderson had reason to believe the truck he purchased from Mr. Newling was stolen.”

The news release also states that when investigators attempted to get the truck back from Anderson, he refused and obtained legal counsel. While his lawyer claimed that Anderson would turn himself in to the authorities on September 20, he still has not as of Thursday morning.

Read More: Former NASCAR Driver Greg Biffle Has to Pay His Ex-Wife Only $1 for Secretly Recording Her

With 74 Truck Series starts in over five years, Anderson has only one top-10 finish, which he racked up this past February after finishing ninth in the trucks season opener at Daytona. Anderson also has 13 NASCAR Xfinity Series starts in three years.

“We are aware of a law enforcement matter involving a NASCAR member, and continue to gather facts,” NASCAR said in a statement, according to ESPN. “We will remain in contact with the authorities as their process continues.”